The Prime Minister Alexis Tsipras is scheduled to meet with his financial staff on Tuesday, in order to discuss the finer details and… 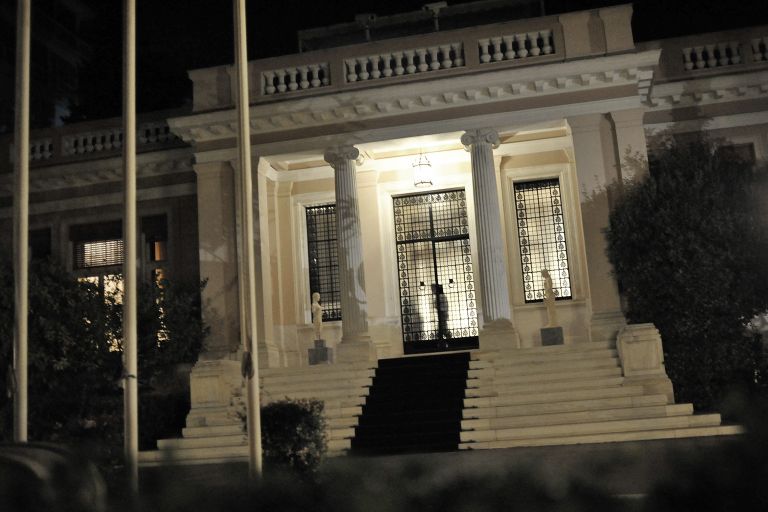 The Prime Minister Alexis Tsipras is scheduled to meet with his financial staff on Tuesday, in order to discuss the finer details and measures of the new bailout agreement that was approved by Parliament on Friday. The timetable of the implementation of the agreement will be discussed at this meeting and as such, it is expected to determine the financial and political developments in the near future.

At present though, all bets are off, until the bailout agreement is approved by European Parliaments; even the possibility of requesting a vote of confidence – as leaked by the government – remains on the table. Greece’s European partners did not seem enthusiastic at the prospect and reportedly warned the Greek delegation at the recent Eurogroup against such an idea.

New Democracy, the River and PASOK have all made it clear that they will not give the Tsipras government a vote of confidence and have argued that they will only support the government on the bailout, at a time when a large section of SYRIZA’s parliamentary group are going to vote against them.

With government officials having stated they do not believe in the “extortionate” bailout agreement, the implementation of new austerity measures seems problematic. Government and SYRIZA officials reject the possibility of a new government being formed from the current Parliament and instead prefer the “clear solution” of calling general elections.

Although government officials such as Alekos Flampouraris and Panos Skourletis hinted towards the necessity for elections, the Alternate Minister of Finances Dimitris Mardas however does not believe that elections are necessary. Mr. Mardas explained that they could be avoided should the economy be rebooted “and the obvious be implemented”, who underlining that “there are always solutions in the economy”.

A post on Iskra.gr, which belongs to the Left Platform, however points out that when the Papandreou and Papadimos governments asked and received a vote of confidence, they both collapsed; in the first case Mr. Papandreou was replaced by Mr. Papadimos and the special purpose government of PASOK, New Democracy and LAOS and in the second case elections were called in May 2012.