Venizelos: “Extending the current program will be detrimental”

The outgoing president of PASOK Evangelos Venizelos argued that while it is possible to extend the current program, it will be… 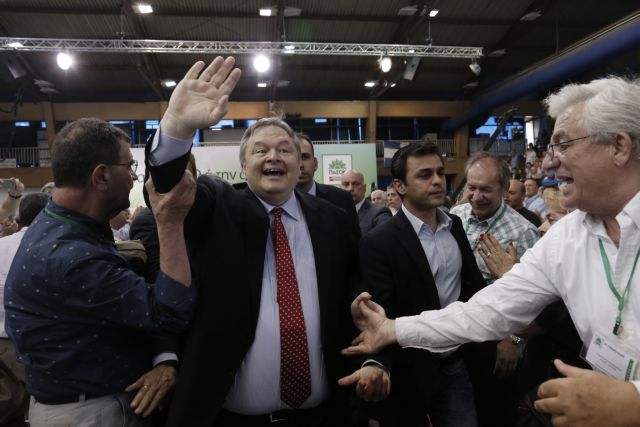 The outgoing president of PASOK Evangelos Venizelos argued that while it is possible to extend the current program, it will be detrimental for Greece and expressed his hope that the negotiations the creditors would soon conclude.

Mr. Venizelos, who spoke to Mega Channel, expressed his doubts as to whether Prime Minister Alexis Tsipras is capable of completing the complicated negotiations and claimed that his party was elected by “saying things that turned out to be lies”. Nevertheless, he urged the PM to “find the courage and push forward”.

According to Mr. Venizelos all measures with a positive financial outcome are “absolutely necessary” for an agreement, but was skeptical of the PM’s refusal to raise the VAT on electricity or abolish the non-pension solidarity grant (‘EKAS’), arguing that “another list of measures” is imminent.

Furthermore, he pointed out some of the shortcomings of the previous, New Democracy / PASOK coalition, particularly with regards to public sector employee reviews and dismissals, recognizing that the policy failed.

Regarding his departure from the helm of PASOK, Mr. Venizelos stated that he was “deeply bitter”, claiming that his “five years as president was equal to 50 years, due to the density of developments”. He admitted that we was also responsible for his party losing touch with the people, accusing Tsipras and Varoufakis of focusing on public relations over substantial work.

In closing, he lamented that the people were “far too strict” with PASOK and “very lenient, impressively lenient” with the current government and situation. Mr. Venizelos asserted that PASOK was “paying for its hegemony during the post-dictatorship era” and that while he has resigned from the party presidency, to facilitate renewal, he claimed to be prepared to fight and help Greek society.