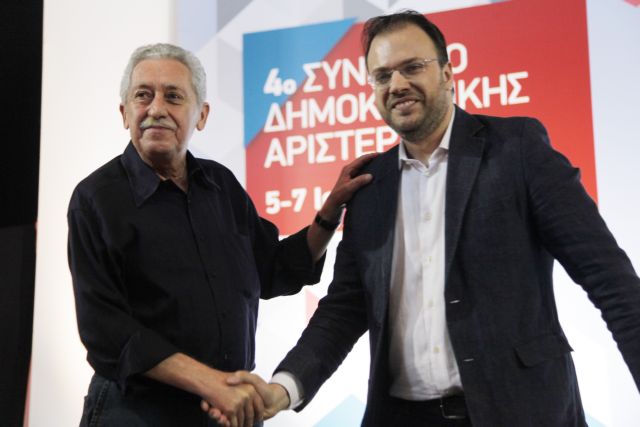 The Democratic Left has elected former party secretary Thanasis Theoharopoulos as the new president and successor to Fotis Kouvelis, following a vote that took place at a conference on Sunday.

The 36-year-old new party president, who was running against Maria Giannakaki, Vangelis Intzidis and Alexandros Polychroniadis, thanked the outgoing president and party founder Fotis Kouvelis and underlined that he was aware of the challenges that awaited him. Mr. Theoharopoulos spoke of a “mandate for renewal and a restart” and underlined that his party must not be taken for granted by anyone.

Nevertheless, the new president commented that he would seek out greater alliances and stressed that the need for a national consensus was greater than ever and that a great, progressive major was necessary for the country to move forward.