Voutsis: “The Hardouvelis email was less painful than the creditor proposal” 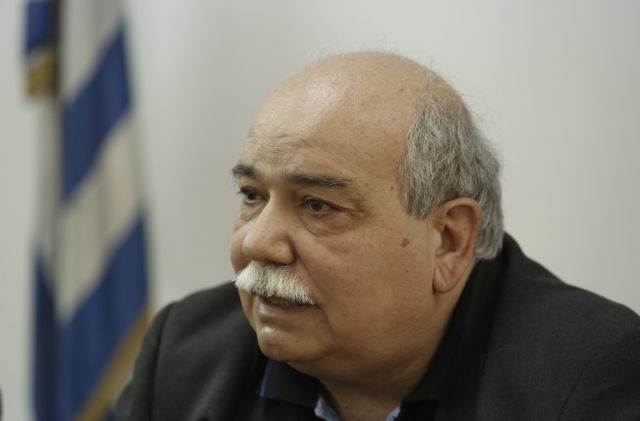 The Minister of Interior Nikos Voutsis estimated that the “the Hardouvelis email was much less painful and Samaras did not bring it to Parliament”, when asked to comment on the agreement proposal that was presented to Prime Minister Alexis Tsipras.

Mr. Voutsis told SKAI that while he was an optimist, “the glass is half empty”, arguing that the agreement proposal, which includes measures voted in by New Democracy, was an unacceptable starting point for the negotiations.

Although he did not rule out the possibility of early elections being called, he noted that they would be a democratic initiative to strengthen the mandate for a realistic agreement, rather than a rupture with the country’s partners and creditors. According to Mr. Voutsis, the differences between both sides are difficult to bridge.

The Minister stressed that the creditors insist on the involvement of the IMF, so that they can raise issues related to the job market and pension system, without however converging on these measures, as the IMF also insists upon debt sustainability.

Mr. Voutsis supported the government strategy, as the politicized the crisis, when the creditors wanted to focus on the technical aspects at hand. He also argued that while the Greek side is prepared to make concessions, the other side remains ambiguous and avoids self-criticism.