The disasterous scenarios and the Tsipras argument 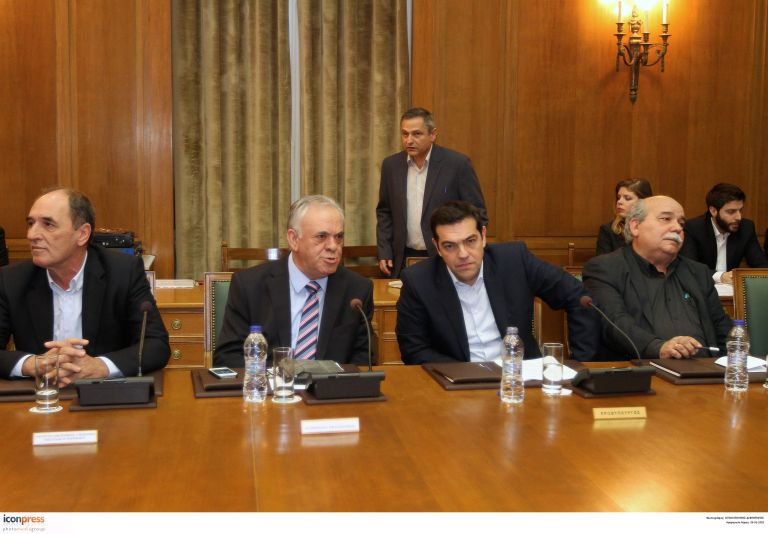 The stock and bond market reacted quite aggressively to the many comments of the new ministers who prematurely rushed to announce measures to overturn the bailout, which could be interpreted as unilateral moves, before the Prime Minister even made his policy statement in Parliament ahead of the negotiations with Europe.

Prices dropped and interest rates soared, allowing some credit rating agencies to announce the downgrade of the Greek economy.

This was followed by a chain of negative rumors, creating the sense that were are about to witness undesirable events and developments.

Some even warned that the Greek economy, isolated from the markets, will be faced with a serious liquidity problem soon from the credit asphyxiation initiated by the European Central Bank president, Mr. Mario Draghi, if no agreement is reached.

That is how they justified the collapse of bank stock, adding that if the new government does not accept the country’s commitments, then Draghi will cut off the ELA funding for the banks, the emergency funding mechanism, causing a crisis similar to the one in Cyprus.

The rumor mill was so vicious that the government Vice President had to intervene on Wednesday evening to announce that the government will not carry out unilateral actions or any changes in the banks without first consulting the private shareholders.

Essentially, after the many careless comments made by the new ministers, the subversive rumor mill that dominated before the elections was activate once more on Wednesday.

However those spreading the rumors ought to be aware that elections were recently carried out in Greece, that a new government emerged with very different beliefs than the previous one and that this new government is already in talks with Europe, claiming a financial policy shift and new relationship with its creditors, without disputing the country’s commitments. That is why the President of European Parliament Martin Schulz will be in Athens on Thursday and why the person responsible for finances in the Eurozone, Jeroen Dijsselbloem will come on Friday. Both are scheduled to meet the Prime Minister and hear first hand of the new government’s positions and intentions.

On Wednesday the Minister of Finance Yanis Varoufakis described the discussion he had with the Commission chief, the positive response he notices and his willingness to visit Athens and find out the Greek intentions. He also announced that he would travel to Paris to talk to his French counterpart and to present the Greek proposals.

The government Vice President Mr. Yannis Dragasakis rejected rumors suggesting that Draghi will cut off funding for Greek banks and stressed that he had reassurances to the contrary from the Italian president of the European Central Bank. He was quick to point out that the Greek government does not intend to come to blows with Europe, but rather to debate. Up to now many European government seem positive, they want to hear out the new Greek government and evaluate its proposals. Even Mr. Dragasakis could not hide his satisfaction at the phone calls of support Mr. Tsipras received from American President Barrack Obama and other European leaders.

In other words, the negotiation game has just begun. Nobody believes that it will be easy and carefree. There will be tension, strength, documentation, arguments and certainly support will be necessary.

It would be a mistake however for some to predict how this negotiation will turn out.

Europe cannot strangle an economy simply because a new government does not agree ideologically and politically with Merkel and Schäuble’s beliefs.

Nor can it force a failed recipe that nobody can defend any more.

The Tsipras government has an irresistible argument: the previous policy exhausted all possibilities and options, it crushed parties and leaders, it cannot go on any longer, it requires a change in means and tools, goals and pursuits, because if it continues it will only serve fascism and anti-Europeans and nobody else. If this is coupled with a cohesive plan, which will cover fiscal and growth targets, then there are many chances of winning the negotiation and disproving the domestic and international prophets of doom, who invest in conflict and catastrophe.