The first ministerial council meeting of the new government under Alexis Tsipras is scheduled for 10:30am on Wednesday… 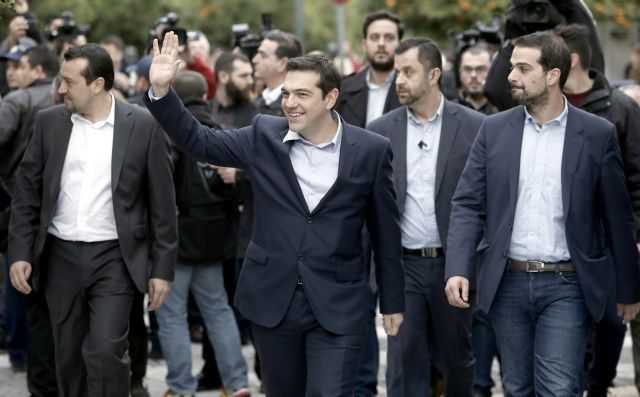 The first ministerial council meeting of the new government under Alexis Tsipras is scheduled for 10:30am on Wednesday, where the Prime Minister will discuss the government’s priorities.

Mr. Tsipras is going give his ministers guidelines and stress how there is little time to waste and that the government must be prepared for the great challenges that lay ahead. Aside from the ministerial council meetings, Mr. Tsipras will also preside over a weekly government council, which will be comprised from the government Vice President Yannis Dragasakis and the 13 ministers.

On Thursday the Prime Minister will receive the President of European Parliament Martin Schulz, who has previously commented that he will do all that he can to come to a mutually acceptable sustainable solution and considers Mr. Tsipras a “pragmatist”, who will eventually come to a compromise with Europe.

Given that SYRIZA has stressed how it will not enter discussions with the troika, the meeting with the President of the European Parliament is going to be decisive – Mr. Schulz, after all, belongs to the SPD, which is in favor of the social democrats gradually escaping Christian democrat grip.

This meeting may not yield any immediate results, but it has the potential of changing the climate, should Mr. Schulz stress the need for restructuring or “rebranding” the troika, which the new government would enthusiastically accept.

On Friday the Eurogroup president Jeroen Dijsselbloem will visit Athens, after getting in touch with the new Minister of Finances Yanis Varoufakis. The summit meeting in Brussels on the 12th of February though, where Mr. Tsipras will meet German Chancellor Angela Merkel for the first time after the elections will be interesting.