Avramopoulos: “The level of terrorist threat in the EU is real” 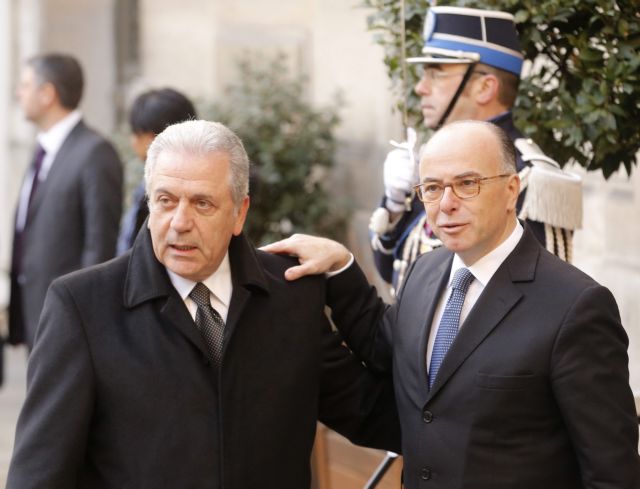 An international summit against terrorism was held in Paris over the weekend in response to the terrorist activities that resulted in the brutal killing of 17 people. The European Commissioner for Migration and Home Affairs Dimitris Avramopoulos [pictured left] participated in the meeting, which saw representatives from Germany, Great Britain, Italy, Poland, Spain, Belgium, Sweden, the Netherlands, Denmark, Austria and the USA.

Mr. Avramopoulos stressed that Europe must stand united in defending its principles and freedoms and added that the ideals of discussion, critical thinking and tolerance must be safeguarded. The European Commissioner expressed his belief that a joint, strong and coherent response to the challenge addressed by the culprits of the heinous actions is necessary.

According to Mr. Avramopoulos the level of terrorist threat in the European Union is “real” and on the rise, adding that the Commission will stand by the side of member states in coordinating and supporting their efforts. The European Commissioner argued that greater efforts must be made to prevent the radicalization and funding of potential terrorists. Additionally, better monitoring is necessary, as is the creation of a European system for trading travel information.

In any case though, Mr. Avramopoulos highlighted the need to carry out the difficult and long-term work with complete respect towards fundamental human rights.