The commencement of the so-called political cycle began with the European election last May. The disheartening results for the… 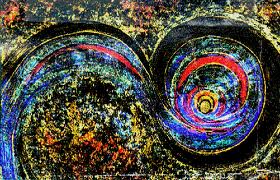 The commencement of the so-called political cycle began with the European election last May.

The disheartening results for the government, which encouraged SYRIZA, almost automatically raised doubts over the future of the financial program, which up to that point was yielding results and allowed the first opportunity to return to the markets.

The relapse from the “virtuous” financial cycle to the typically corrosive Greek political cycle occurred over the last summer.

And that is because the political life adapted to the results of the European elections.

The main opposition treated its win as an indication of disharmony between the body electorate and the government and demanded elections, warning that if the government does not give in it will use the Presidential election to enforce them.

The government, sensing the pressure from the attrition caused by the implementation of the financial program and Mr. Tsipras’ demands, attempted to make disengagement plans.

Contrary to the doubt, Mr. Samaras argued that the current parliamentary assembly will elect a new President and that general elections would take place in 2016.

He constructed his political and financial plans together, on the basis of this double goal, which was based on the idea that the markets would continue to reward his efforts and the prediction that the troika would soften its stance, accept the progress and ease the pressure on his government.

The Prime Minister assumed that he could create a positive environment for the economy that would allow him to support the efforts to elect a new President, which in turn would ensure political stability.

That is more or less how he upped the ante and in September he spoke of ending the bailout program and the cessation of the International Monetary Fund’s supervision of the Greek economy. He also gave great importance to the promises made to him by Mrs. Merkel and Mr. Juncker, who unfortunately could not support them.

Those reports however were taken into serious consideration by our creditors and partners; they were evaluated negatively by the markets and generated a new wave of reservation and suspicion towards Greece.

Mr. Samaras felt the first chills at the end of October, when Gikas Hardouvelis officially announced the Greek government’s goals to Mrs. Lagarde. The market reaction was almost barbaric, which left no room for misinterpretation: without the guarantee of the International Monetary Fund, there is no trust in Greek politics.

It was obvious from that moment that the Samaras plan could not stand and had no luck.

Since then, our partners, creditors and the markets hardened their stance and did not allow Mr. Samaras the opportunity to mitigate the impressions, who was trapped in a perpetual, never-ending negotiation.

So dead lines were missed, a deadlock was looming and the country was at risk of being left exposed, without backing, at the start of the new year. The government could not allow the country to exist without a program for one day, so it had no other option. From tearing up the bailout program, we went to claiming an extension, without receiving the loan installments, with the negotiation still open, with all the measures on the table and with the obligation to have successfully completed the political cycle by the end of February, in order to be in the position to return to the table of negotiations to complete the program and implement what was promised.

In other words, the speeding up of the Presidential election was a necessary, high risk move with a small chance of success, just like every other last moment decision.

The collapse of the stock market exchange illustrated the concern over the success of the effort. If the country fails to elect a new President we will quickly go to election, which will not necessary provide a salvation.

On the contrary, they may form the basis of a new complication, which will likely emerge intensely during the election campaign period.

However much the two-month extension of the bailout may allow some sense of security, the psychological impact of the tensions arising in an election campaign period are not always manageable.

Everything can happen in a country as unstable politically and financially like Greece. There is no guarantee that everything will work out after the elections.

The new government will be called to negotiate many unresolved issues in a short amount of time that is probably not enough and an extension of the bailout will be necessary, which will be longer and possibly harsher.

Chaos, therefore, is lurking. That is why we must prepare ourselves for an extended period of major complications, during which everyone will be tested, now that everyone realized how much safer it is to be in the position of the main opposition than having the responsibility to manage the country’s affairs.