Samaras and Venizelos arrange to meet around 2pm 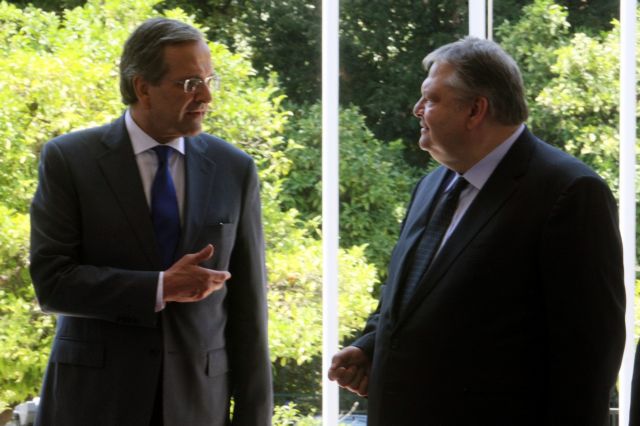 The Prime Minister Antonis Samaras and the government Vice President Evangelos Venizelos have arranged to meet around 2pm today, in order to discuss the latest developments.

The two political leaders also met on Thursday, following the talks with the troika in Paris. On his way out from yesterday’s meeting, Mr. Venizelos told journalists that the bailout program “may be extended for technical reasons” for a few days or weeks, while stressing that a new loan will not be necessary.

The Vice President argued that the negotiations in Paris were hard and that the “main goal is to not burden the Greek citizen”. Mr. Venizelos also accused the main opposition of “generating uncertainty and instability, which work contrary to the country’s negotiating power”.