Prosecutor proposes that all Golden Dawn MPs should stand trial 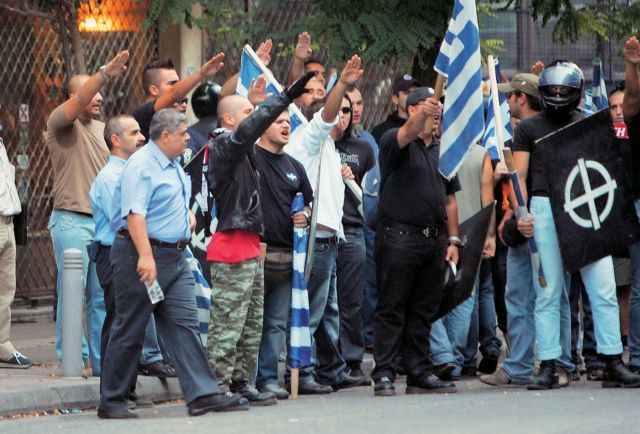 The Judicial Council of the Appeal Courts in Athens heard today from prosecutor Isidoros Dogiakos that the detained Golden Dawn MPs should stand trial. At present there are 69 defendants in the Golden Dawn case, with the prosecutor proposing which ones will be tried and for what charged.

At present there are 29 Golden Dawn members detained in prison, 9 of whom are MPs, including party leader Nikos Michaloliakos and his second-in-command Christos Papas. The prosecutor will also propose whether the neo-Nazi party MPs will continue to be detained or allowed bail until their trial. The Judicial Council of the Appeal Court will ultimately decide on the case.

Preliminary reports suggest that Mr. Dogiakos’ proposal is detailed and it remains to be seen whether he will charge the Golden Dawn members with the formation and direction of a criminal organization, as outlined in article 187 of the penal code. The case file for the murder of Pavlos Fyssas has also been included in the proposal and the two cases are expected to be tried together.

The case file is reportedly extensive and the investigation was completed in July. The decision will be made within two months and the trial is expected to begin in early 2015. The 18-period detention period of the Golden Dawn MPs ends in April, after which point they may be released from custody.