Public sector employees on strike over reviews, dismissals and cuts

The public sector will be on strike on Wednesday, with civil servant union ADEDY calling all employees to support its struggle… 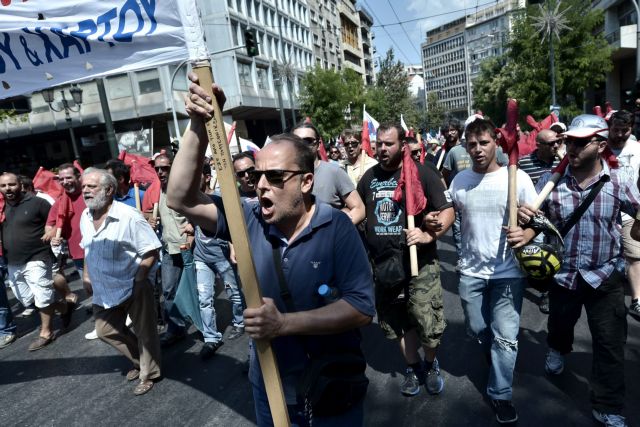 The public sector will be on strike on Wednesday, with civil servant union ADEDY calling all employees to support its struggle against the controversial staff reviews, suspensions, dismissals, wage and pension cuts, as well as the privatization of DEI.

ADEDY has invited its members to attend a rally at Klafthmonos Square in down town Athens at 11am. In its statement, ADEDY notes that “we will not allow the cannibalism which the government wants to enforce upon Public Services”.

ADEDY president Odysseas Drivalas told Mega Channel that “the Ministry of Administrative Reform’s move to institute legal proceedings against the strike reveals its panic. The ministry has rarely appealed against a strike declared by a tertiary trade union”.

The federation of hospital doctor unions OENGE has also announced that it will participate in the 24-hour strike and as such the public hospitals will be operating with security staff. The prison guards at the Korydallos prison facility have also announced that they will join the strike. As such, there will be no visitations or inmate transfers.