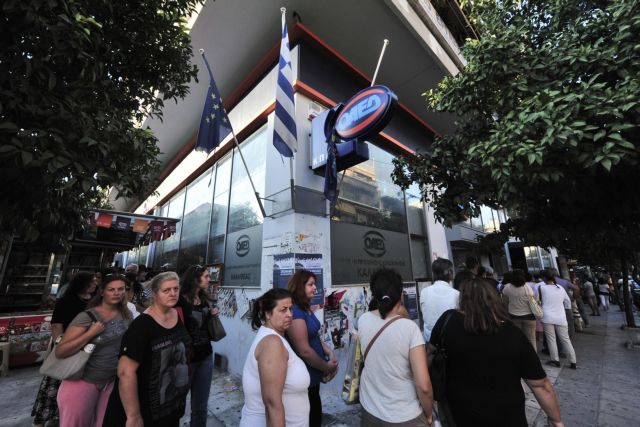 Based on the findings of a study conducted by Metron Analysis, about three out of four unemployed are unable to find a job two and a half years after dismissal, while 72% would accept a lower-paying job. The study shows that unemployment mostly affects the self employed and employees, with the majority seeking employment in Greece.

The greatest effect of unemployment appears to be in social cohesion. While social trust has remained consistent throughout the development of the crisis, trust in the political system has plunged, particularly amongst the unemployed. A significant percentage of unemployed, roughly 32% are in favor of Greece leaving the Eurozone.

When asked if things were better for their parents, 36% agreed, 18% claimed things were more or less the same and 44% disagreed and considered things to have been worse. The study revealed that the younger generations, particularly the 24-34 age group, are the most pessimistic, while the older generations, especially those over the age of 65, are the most optimistic.

Regarding the psychological impact of unemployment, 9 out of 10 reported feelings of insecurity and fear, 6 out of 10 spoke of aggressive sentiments, 4 out of 10 noted problems in their interpersonal relations and just 2 out of 10 stated that the situation made them more active. About 74% of respondents stated that they were supported by the family, with 18% relying on the unemployment benefit and 7% on welfare.

According to the director of GSEE’s Employment Institute Savvas Rompolis, the rate of unemployment in Greece is 28% and 17% is attributed to structural problems in the job market. Mr. Rompolis estimated that the reduction of unemployment demands structural intervention and must be combined with the financial recovery.