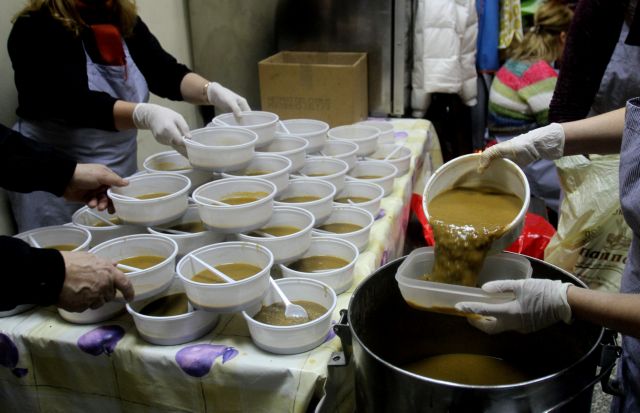 The Mayor of Athens Giorgos Kaminis presented the grim findings of a study on poverty and social exclusion in Athens, which refers to about 20,000 people in Athens who rely on municipal social services. This is the first huge qualitative study in Athens and highlights some of the many problems that the crisis brought to Greek society.

Specifically the study of the Reception and Solidarity Center’s Social Services (KYADA) attempted to establish the profile of those affected by poverty and social exclusion, such as the homeless and households that rely on food banks and welfare. Official divs estimate about 1,000 homeless people in the city center, 54% of who are Greek, 77% are male, 76% are between the ages of f 26 and 55.

The study showed that 61% had addiction problems, while 76% faced significant health issues. Mr. Kaminis pointed that that “the greatest hurdle that needs to be overcome is the personal refusal to accept hospitality from municipal services”, noting that 24% had no family, an institution that has prevented people from ending up in the streets.

The KYADA study showed that the overwhelming majority of people who rely on soup kitchens in the day are Greek (90%), while evening hand outs are more balanced (53% Greeks and 47% foreigners). 41% of respondents have been relying on soup kitchens for less than six months.

The Mayor explained that in his three years in office he has managed to “keep the Athens center, the greatest municipality in the country, on its feet”, thanks to the cooperation with NGOs, volunteer groups and various public and private bodies. The municipal solidarity programs have so far distributed about 200 tons of food, clothing, toys and household goods to vulnerable social groups.

Any offers and donations can be made via KYADA’s hotline at 15422.

KYADA’s study findings and statistics can be found here, here and here.