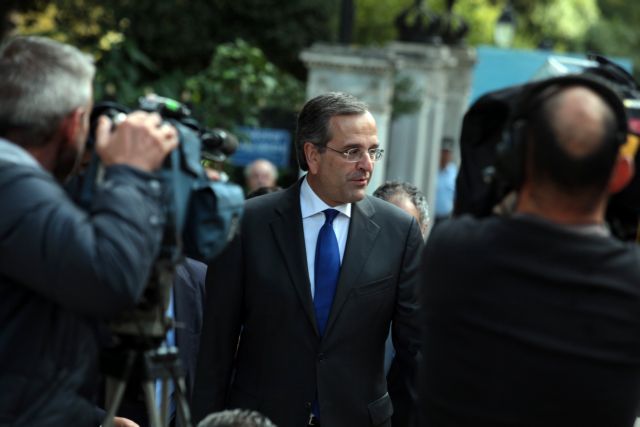 The Prime Minister Antonis Samaras had a meeting yesterday with Euroworking Group head Thomas Wieser, with the two men discussing the latest developments with the Greek program and public debt. With conflicting messages from the recent Eurogroup, Mr. Samaras made it clear to Mr. Wieser that he will not make any across-the-board measures.

A day after the Prime Minister called the other European leaders to show their solidarity to Greece in its time of need, Mr. Samaras had the opportunity to hear European concerns. It was revealed that based on the current timetable, the Eurogroup will make its decisions in spring 2014, after Eurostat has confirmed (or not) this year’s primary surplus.

Mr. Wieser is fully aware of the difficulties and fragile balances in the Greek economy and has not shown any hostile tendencies towards Greece, as evident by his earlier discussions with the Minister of Finances Yannis Stournaras. After all, the Austrian officer noted in April that Greece was on track to achieve a primary surplus sooner than expected and has recognized the government’s efforts. Mr. Wieser has pointed out that the government must continue along the same line, not for the interests of the creditors, but the country itself.

The government cabinet and New Democracy MPs have expressed their concern about the troika demands and whether these demands will entail new measures. The overall sentiment is that Greece should adopt a hard stance against such demands, with the Minister of Health Adonis Georgiadis stating that the country will go to elections if the creditors ask for new across-the-board measures.