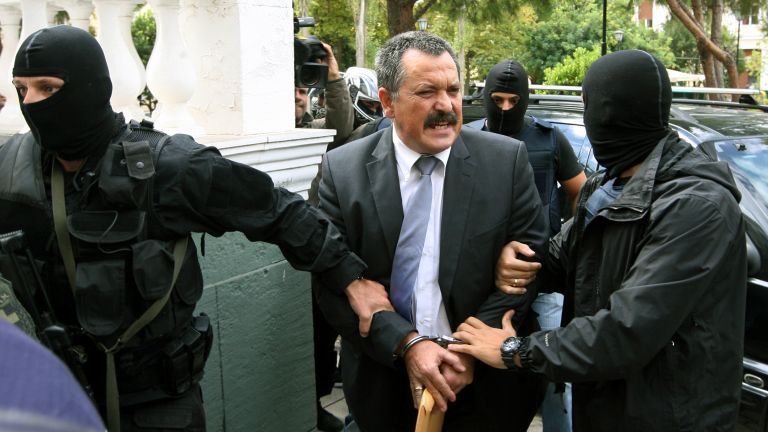 Golden Dawn’s second-in-command Christos Pappas, who had evaded police arrest for a day, pleaded innocent in the courts yesterday, however the investigative judges and prosecutors decided to detain the MP until his trial.

Pappas was transferred to the courts just before 1pm on Thursday and on his arrival he commented that “Golden Dawn will run for elections, whenever they might be”. Pappas completed his argument just after 7pm, with the team of judges deliberating and later announcing shortly after 9pm that the Golden Dawn MP was to be detained. On his way back to the Central Police HQ Pappas was cheered on by about 50 Golden Dawn supporters.

In court the Golden Dawn second-in-command attacked the other political parties, alleging that their “clean” politicians were persecuting Golden Dawn, while claiming that his party was the only one to not be involved in embezzlement or suspect transactions. He praised his party’s social work and denied that they embraced racism.

Pappas maintained that his party had “no access to the media”, despite making repeated references to television appearances and interviews. He denied that his party has a military structure and that the party cannot be blamed for any crimes committed by its members. The Golden Dawn MP also denied any knowledge of criminal acts involving members and supporters of his party, including the people who were committed them.

The Golden Dawn MP will be taken to the Korydallos correctional facility at 2pm on Friday, where he will meet Golden Dawn leader Nikos Michaloliakos, MP Yannis Lagos, the head of Nikea offices Giorgos Patelis and former police sergeant Venetia Popori.