The case against Golden Dawn 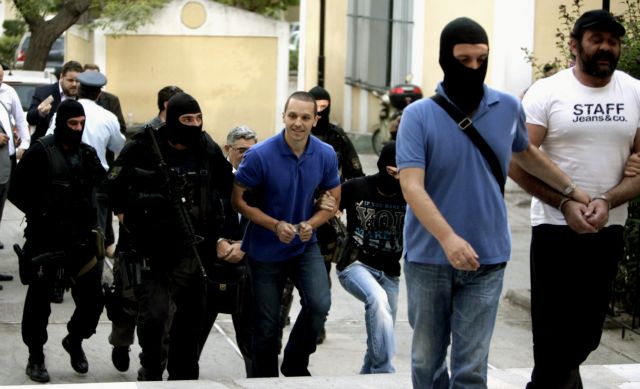 The Deputy Prosecutor of the Supreme Court Charalambos Vourliotis is head of the investigation against Golden Dawn and in his 9-page report states that the criminal organization formed in 1987. According to Mr. Vourliotis the gang had infiltrated the ranks of the police and was involved in murders, attempted murders, arson and setting up extortion rings.

The Deputy Prosecutor detailed Golden Dawn’s “Führerprinzip” structure, where Mr. Michaloliakos is at the top of hierarchy as absolute undisputed leader, with Nikos Pappas as his deputy. MPs Kasidiaris, Lagos, Panagiotaros and Michos were prominent members who coordinated Golden Dawn’s operations.

Mr. Vourliotis revealed details on the “Centaur” program, Golden Dawn’s “youth corps” that is headed by a 17-year-old supporter. Golden Dawn was known to recruit children as young as 14 years old and in order to form “assault groups”. The deputy prosecutor noted that Golden Dawn has infiltrated the police and while the party appeared to “defend” Greeks from immigrants, some Albanians had prominent positions within the party (including an MP).

Amongst those arrested are Golden Dawn members who appears to have been present and involved in the recent murder of antifascist activist Pavlos Fyssas and brutal assault against KKE members. Mr. Vourliotis also revealed that Giorgos Roupakias, who appears to have been accompanied by two people when he murdered Fyssas, was a prominent member of the Nikea chapter, despite Golden Dawn initially disavowing his existence.

The full report is available (in Greek) here.