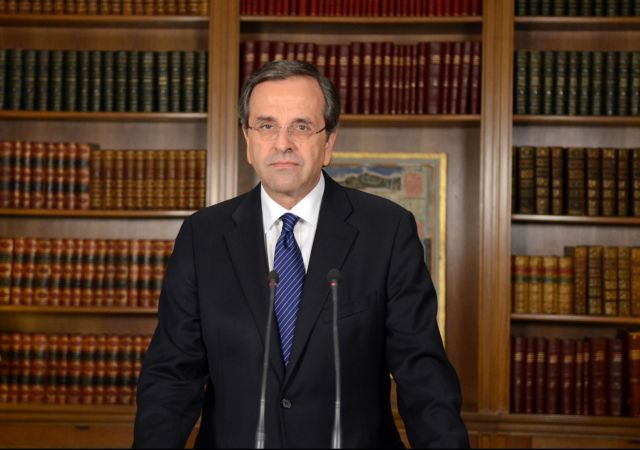 The Prime Minister Antonis Samaras made a statement regarding the lethal stabbing of Pavlos Fyssas from Golden Dawn member Giorgos Roupakiotis on Tuesday evening.

Mr. Samaras condemned the brutal attack and asserted that “democracy is more powerful than her enemies can imagine”.

The Prime Minister’s statement in full:


We all know that the country is in a highly critical moment.

That our people is enduring the greatest sacrifices.

To beat the crisis. To achieve its financial rebirth.

It is not time for internal conflict. Or tension.

Any political disagreements was must be worked out with democratic dialog, not with inflammatory comments, or violence, where it come from, and – much more so – not with blood. That divides us and exposes us beyond Greece.

Just like it happened with the inhuman murder of Pavlos Fyssas, which every Greek condemns with abhorrence.

I am fighting and will fight until the end to end the uphill struggle of the Greek people’s sacrifices.

However, the descent of violence destroys every prospect of Greece receiving what it deserves: growth, peace and prosperity. Let everyone respect the people, their efforts and their sacrifices.

Of course, this government, is determined to not allow the descendents of the Nazis to poison our social life, to commit crimes, to terrorize and to subvert the foundations of the country that gave birth to Democracy!

Democracy is more powerful than her enemies can imagine!