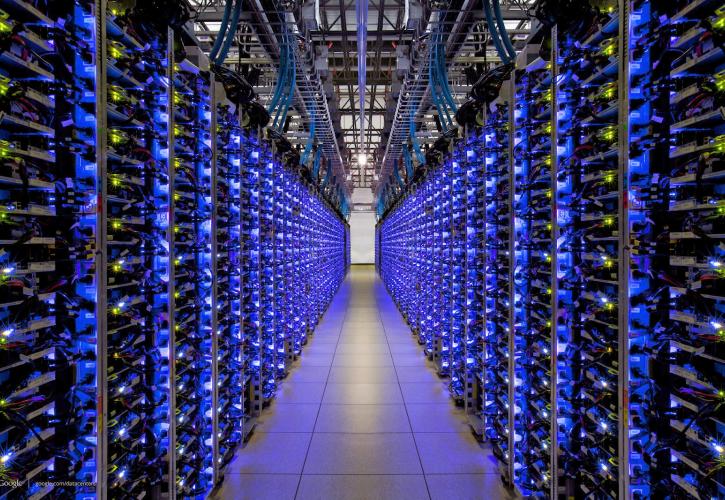 New investments in Attica are in the works by Digital Realty, which is also putting forward a fifth data center in Koropi, while it is preparing by Christmas to send the file of Heraklion-1 to be included in the strategic investments scheme. The added value of its investment program for the Greek economy will climb to 4 billion euros.

Yesterday’s emotionally charged opening of the company’s third data center, Athens-3, closes a 19-year cycle for Greek Lamda Hellix, which now not only belongs to the family of the world’s leading data center provider, but is also being renamed Digital Realty. The new investments are the connecting link in this chain, as they realize, as a 22-year vision for the country’s emergence as a regional data hub according to outgoing president and CEO Mr. Apostolos Kakkos.

Besides, Digital Realty was one of the first technology companies in the world to invest in Greece, gaining a footprint in Southeast Europe, with the strategic goal of further strengthening the country’s digital infrastructure, in order to become an important interconnection hub of the Mediterranean.

The demand for large loads is increasing

The growing demand for large loads, which for our country is an unprecedented condition, is revving up the planning for new investments. It is typical that today there is a strong interest of large companies in loads of even 4MW, in other words, requiring even 2/3 of one of the large data centers, which need 1,000 sq.m. with 300-400 racks.

Athens-3, which will welcome its first customers in Koropi in the first quarter of 2023, in its full development will be the largest data center in the country, with a capacity of 6.8MW and a total power of 20MVA. Greater than the capacity of all data centers in operation. It has four data rooms, capable of serving tens of thousands of high-density servers and peripheral systems, and approximately 3,100 sq.m. of total equipped space, and total building facilities of over 8,600 sq.m.

Athens-4, which is also located within the Lamda Hellix campus, will have the same capacity. In fact, the necessary permits have been completed to start its construction, with the aim of starting its operation in 2024. Combined, the two investments exceed 140 million euros.

However, the cycle of investments does not stop, as the plot of land, next to the existing campus, which will house Athens-5, has already been purchased. A logical development given that 5/7 of Athens-3 and 4/7 of the under construction Athens-4 have already been allocated.

At the same time, by Christmas, the file will be submitted to Enterprise Greece for the inclusion of the company’s first data center in Crete in the status of strategic investments of exceptional importance. Heraklion-1 will be the first large-scale multi-tenant data center on the island. His announcement alone has ignited the interest of 15 companies to pass underwater fiber optic cables through Crete.

For Heraklion-1, memoranda of cooperation have already progressed or are progressing with recognized companies that develop new generation infrastructures, such as Vodafone, Grid Telecom, United, EXA and Medusa. The last is the underwater system that, starting from Israel, will cross the Mediterranean and in 2024 will reach Spain. The intense interest shown brings the possibility of a second phase for Digital Realty’s investments on Crete very close.

This new data center is expected to serve as an interconnection hub for transcontinental and regional submarine cables and as a hub for global data traffic. It is expected to support the development of up to 6.5 MW of installed IT load, with the first phase scheduled for completion in 2025.

The profile of Lamda Hellix which became Digital Realty

Starting around 2000 from the then innovative for Greek data idea of creating a leading data center provider in Greece, envisioned by its founder, Mr. Apostolos Kakkos, Lamda Hellix is turning the page. Two years after its acquisition by American firm Digital Realty, it is fully integrated into the new corporate image and identity, under the brand name of its parent company.

“Since the acquisition of Lamda Hellix by Digital Realty, we have committed significant resources to the integration of our systems, operations and processes and are extremely happy that we are now able to rebrand under the “Digital Realty” brand and focus on the common purpose that has solidified Digital Realty’s presence in around the world: to help build a unified global company whose mission is to connect companies and data in bold new ways that fuel the innovation that defines our future,” he emphasized.

Moving into the realm of history, one year after the company was founded, in 2003, its first data center in Koropi, Athens-1, was put into operation. It has achieved a unique record of 100% availability and energy saving. It is the first data center worldwide to receive the LEED Building Operations and Maintenance: Data Centers v4 Gold certification for its green operation in 2016.

Mr. Kakkos from the position of founder, once the main shareholder, the president and to this day the managing director, a position he will hand over on January 1, 2023, has experienced all the phases of evolution and development, which led the company to the top of the domestic market and to the deal with the American giant.

The company also owns Athens-2, whose infrastructure and capacity was expanded in 2020. Designed to serve needs of any size, type or complexity, it uses advanced technologies and systems providing customers with economies of scale and significant savings.

The new Athens-3 will offer Power of 6.8 MW IT in 8,600 sq.m. building facilities, enabling the operation of thousands of servers and high-density peripheral systems. It was designed and built, according to Tier III standards, in order to also receive LEED Gold certification, and is part of Digital Realty’s wider vision to place Greece on the global digital map and increase its competitiveness.