Though there is no distinction under international law, some analysts believe that a Turkish encroachment on certain areas of Cyprus’ EEZ would constitute a more limited escalation. 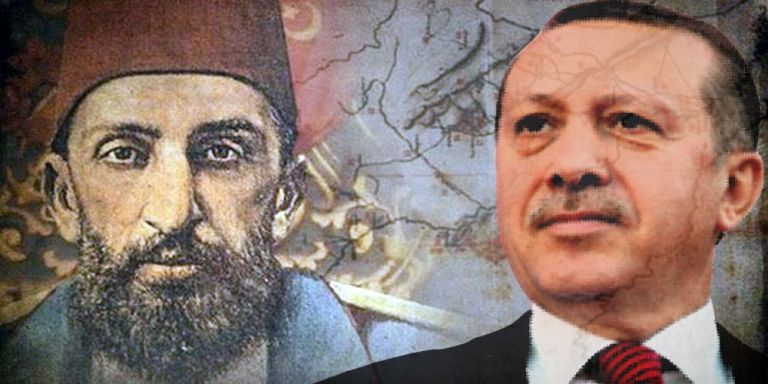 Though Prime Minister Kyriakos Mitsotakis has repeatedly stated that he does not expect the sort of tensions that nearly led Greece and Turkey to a naval clash when the Turkish “Oruc Reis” drill ship entered Greece’s territorial waters in August, 2020, the recent geopolitical tectonic shifts triggered by Russia’s invasion of Ukraine, which lends a new impetus to Ankara’s neo-Ottoman expansionist designs, stressed by the frequent references of Turkish President Recep Tayyip Erdogan and his foreign minister, Mevlut Cavusoglu, to a “Blue Homeland”, that includes large portions of the maritime jurisdictions of Greece and Cyprus, leaves little room for complacency.

Erdogan, in speaking today of Turkey’s new, ultra-modern drill ship (its fourth) “Abdulhamid Han” setting sail tomorrow from the port of Taşucu, Mersin, declared that Ankara will permit “no [hydrocarbons] deals in its area of jurisdiction.”

While Greek defence ministry and foreign ministry officials have for weeks been studying various scenarios about where the ship will be sent and possibly drill and all possible deterrent actions, analysts suggest that the ship’s mission has a strong nationalist propagandistic dimension, as regards both domestic political consumption and Ankara’s apparent decision to push the envelope on the geopolitical chessboard in the Eastern Mediterranean.

Turkish propaganda and preoccupation of the Greek press

For Ankara, the fact that the drill ship’s mission has for weeks stirred intense concerns and preoccupied the Greek press, which has run the story very prominently, is indicative of the success of the propaganda dimension of the action, but it has as yet given no indication of where it will send the ship, which will determine the nature of a possible Greek naval response.

Erdogan has purposely fuelled suspense about that issue, as he said nothing today about the “Abdulhamid Han’s” course and Ankara decided to wait until the last minute to issue the requisite Navtex, which plots the ship’s course.

The ship’s course will demonstrate to what degree Erdogan is prepared to escalate tensions with Greece in the Eastern Mediterranean and to test the patience of NATO and the West.

Turkish sources declared that the sound of the “Abdulhamid Han’s» engines even before it sets sail is capable of shifting the agenda in Turkey, and in Greece, “if need be”.

In trying to decipher Erdogan’s game plan, Athens has singled out a few main scenarios.

The first, which is considered the least likely but would hugely escalate tensions, is that the ship will follow the course of the “Oruc Reis” in 2022, when a protracted stand-off was defused with German and US involvement, that averted a serious naval clash.

The “Abdulhamid Han’s” presence in Greek territorial waters would be a direct and major provocation toward a fellow NATO member-state, with an analogous response from the Greek Navy.

The other scenarios entail the ship drilling in various parts of the EEZ of the Republic of Cyprus.

The regime in Turkish-occupied northern Cyprus has signed contracts that are illegal under international law with the TPAO Turkish Petroleum Corporation, which conducts oil and natural gas exploration, parcelling out blocks of the EEZ of the Republic of Cyprus in the waters off the northeastern shores, between Mersin and Keryneia (Gime being the Turkish name), on the specious grounds that they belong to the occupied north.

A worse scenario, however, is that the drill ship may be deployed in Block 6 of Cyprus’ EEZ, where major natural gas deposits have been spotted, and where the Republic of Cyprus has issued exploration licenses.

The ‘Blue Homeland’ above all

The overarching aim of sending the “Abdulhamid Han” for natural gas and oil exploration in the Eastern Mediterranean is to forcefully assert the Turkish dogma of the “Blue Homeland” and challenge the extent of the EEZ’s under international law of Greece and Cyprus, even in wartime when, during the Russian invasion of Ukraine, a NATO country would be expected to avoid provocations that could destabilise the Southern Flank of the Alliance.

How will NATO allies, EU respond?

Though there is no distinction under international law, some analysts believe that a Turkish encroachment on certain areas of the EEZ of the Republic of Cyprus would constitute a more limited escalation.

They note that the messages that will be sent by the international community – whether through denunciations from particular allies or the silence of NATO – could lay the groundwork for a more dangerous geopolitical terrain in the future.