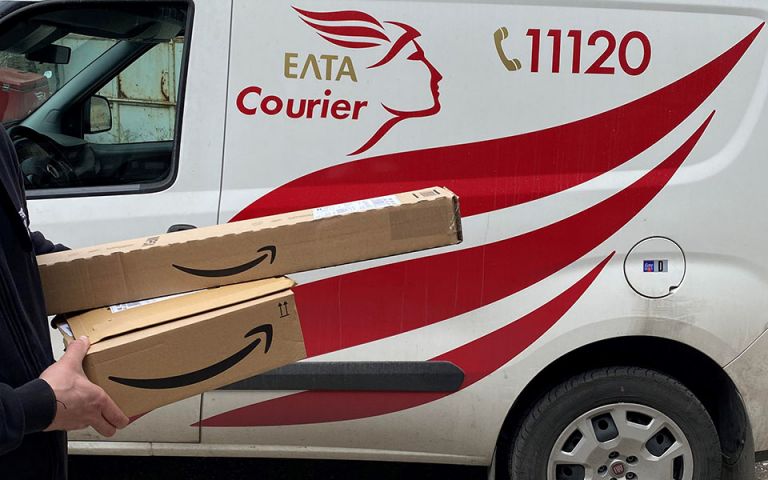 Completing one year from the start of their cooperation with Amazon, Hellenic Post responded to the challenge, delivering 95% of the parcels within or earlier than the relevant deadlines. Today, they manage on a monthly basis 70% of the European volume of the company, which reaches Greece through the Croatian hub. The agreement with the American giant, which came with the ongoing consolidation plan of the Organization, was also the first vote of confidence in the capabilities and the extensive network of ELTA.

The agreement, which is not exclusive, sets strict targets for achieving deliveries at specific times, in line with Amazon’s high international standards. The first crash test of the Agency’s performance, the pilot collaboration phase, lasted less than 20 days and the collaboration was immediately expanded. According to ELTA sources, the new robotic sorting system, which has increased its management capacity fivefold, offering the possibility of delivery the next day, played a crucial role in achieving the strict delivery deadlines.

Also, the cooperation with Amazon was a milestone in the transformation of ELTA, confirming their return to full competitiveness and paved the way for the conclusion of new international partnerships, but also the expansion of partnerships with large Greek business groups.

It is recalled that within a year ELTA has signed new agreements, serving large retailers such as H&M, while at the same time regaining the trust of large domestic groups and banks, such as OTE Group, MotorOil Group, EYDAP, PPC, PPC the banks National Bank, EUROBANK and ALPHA, Interamerican, etc for the distribution of mail and accounts.

Within 2 years, ELTA has proceeded with reforms that have been waiting for at least a decade, entering a phase of development again. The transformation of the Organization continues with the in-depth restructuring of the group’s operations, with new products, network renewal, upgrading of sorting centers and joint support functions between the companies, as well as with the digital transformation that includes, among others, robotic sorting, digital postman , smart pick-up boxes.