Jean Claude Juncker honorary member of the Academy of Athens

Speech on the future of Europe – What he said about Ukraine, memoranda, US, and European integration 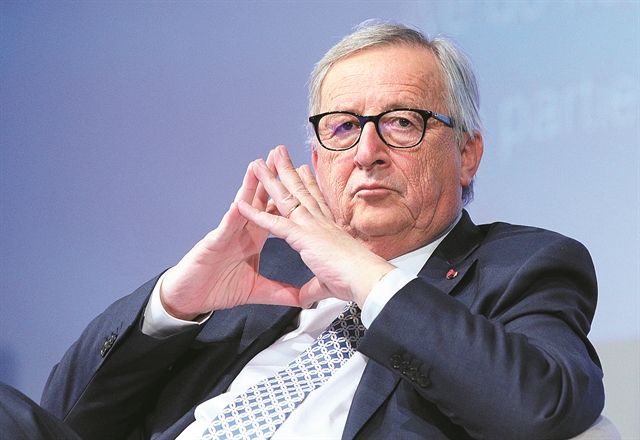 Europe lives in the shadow of the Russian invasion of Ukraine. “Certainties leave us and uncertainties win, but we must not lose hope in this country that gave birth to the idea of ​​democracy, but has also suffered so much and did not hesitate in critical moments to make the right decisions,” said Jean Claude Juncker in his speech at the Academy of Athens, which named him an honorary member.

The President of the European Commission for the period 2014-2019 and former Prime Minister of Luxembourg was introduced by the academic and former Prime Minister Lucas Papademos – in the presence of politics, military and ecclesiastical leadership, academics and friends – calling him an ardent supporter and friend of Europe and the whole of Greece and Cyprus, a friendship that, as he stressed, he has proved in practice.

The future of Europe

Mr. Juncker gave a talk on “Quel avenir pour l’Europe?” but it was a charged speech, from ancient Greece to the contemporary of Melina, Theodorakis and Vicky Leandros (who won the Eurovision Song Contest representing Luxembourg). It was a time, he said, when music was more important than anything else. A phrase that was applauded because it exuded the certainty of peace and prosperity that Europe enjoyed healing the wounds of World War II.

He remembered, as at every opportunity, the difficult days lived by ordinary Greek citizens during the era of memoranda, which they endured with courage and bravery.

I was one of those who never thought that Greece could leave the eurozone and the euro, which would be wrong, he said, adding that Greece has now found its way back and is doing much better, thanks to the efforts of governments and of its citizens.

“The Greek people are a people that Europeans continue to admire.”

“Take care of our security”

He referred to Russia’s “unprovoked” attack on Ukraine, but also to the unity shown by the EU, refuting the predictions for its dissolution, as in the case of Brexit.

Citing some thoughts on the future of Europe, he stressed that although certainties are leaving us, we must not lose hope.

Maintaining cohesion is a key principle we strive for, as well as maintaining a direction and better organizing Europe’s defense.

Trump has put an end to the certainty that the United States will protect the European continent. “We must take on the security and defense of Europe on our own,” he said.

In the field of foreign policy, he said, we must have a voice because when we speak with many voices they do not listen to us and called for abandoning the process of unanimity in favor of an enhanced majority in many areas that will contribute to Europe’s strategic autonomy.

“Nail” for Poland-Hungary
He also called for the completion of the incomplete Economic and Monetary Union, for a closer look at the governance of the eurozone, for the revision of the Stability and Growth Pact, for the implementation of deposit guarantees and for a genuine capital market. always keeping in mind respect for the rule of law.

The functioning of the EU, he stressed, must be improved, the bureaucracy must be reduced. The Commission in my day has reduced bureaucracy by 85%. The previous Commission took 180 initiatives a year and mine 24, not to shrink Europe but because we have to do big things for the big cases and less for the small ones.

“A lot of Europe can kill Europe”

He separated his position from those who want the creation of a United States of Europe in imitation of the United States because, as he said, the European Union is not a country like the United States nor do its citizens want it to be. “A lot of Europe can kill Europe.” He also spoke in favor of balancing institutions and spoke in particular about the Council of Leaders. The Council has nothing of the Community. It is an intergovernmental body. “Nobody knows what is being said or what is on the agenda,” he said.

He closed his speech by paraphrasing the French philosopher Blaise Pascal who said that he loves things that go together, to say that “the EU and Greece go together forever”.

Dinner at the BoG

Afterwards, the Governor of the Bank, Giannis Stournaras, hosted an official dinner in honor of the former President of the European Commission and former Prime Minister of Luxembourg, Jean-Claude Juncker. 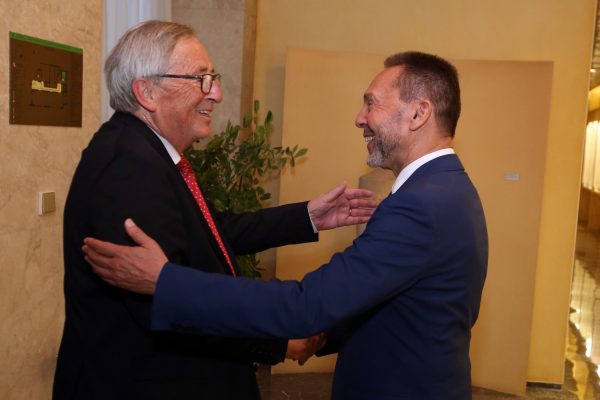 Mr. Stournaras in his short greeting stated that President Juncker was for Greece and the Greeks one of the most consistent and influential defenders of the position that Greece can solve its fiscal problems inside the Eurozone and not outside it, as many unfortunately wished at that time. He opposed the idea that Greece would have to be sacrificed like Iphigenia in order for the fleet to sail. And this not only because of his strong and expressed love for Greece and its heavy cultural heritage, but mainly because of his deep conviction in European values ​​and in the pre-eminent principle that the eurozone must remain as it is.