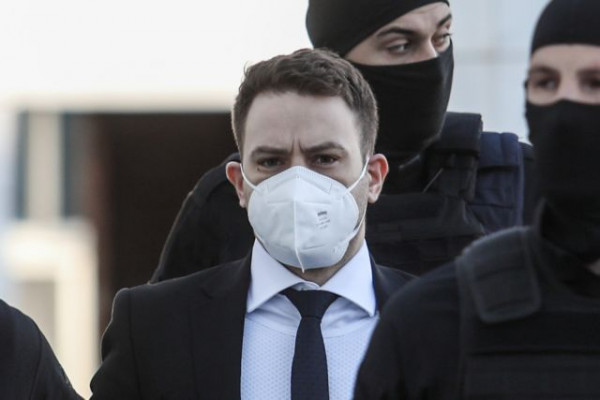 Share
A 34-year-old Greek man was handed down a life sentence by an Athens court on Monday after being convicted of the premeditated murder, last May, of his 20-year-old wife, UK national Caroline Crouch.

The case attracted international media attention, especially in the United Kingdom, after Babis Anagnostopoulos first attempted to stage a break-in and throw off suspicions by claiming three suspects invaded his semi-rural condominium in the early morning hours of May 11, 2021 before strangling his wife and pet dog. He was found by police bound with string, which he himself tied.

While meting out the harshest possible jail sentence possible, a “life term” under Greece’s still lenient criminal code means approximately 18 years behind bars. However, enacted legislation – prior to this offense – against cruelty to animals tacked on another sentence of 11 years and six months for the killing the family dog.

No mitigating circumstances were recognized by the three-justice court.

Will Erdogan voice challenges to Greek sovereignty at NATO summit?
Anagnostopoulos, a helicopter pilot, admitted to the murder roughly a month after Crouch’s body was found lifeless in the couple’s home, with her baby daughter sleeping by her side.
Although a British citizen by watch of her father, Caroline Crouch grew up on the Sporades island of Alonissos, where she met her future husband and killer as a young teen.
Ακολουθήστε