Mitsotakis referred to a very significant project for the entire region, while pledging that construction will be completed by the end of 2023 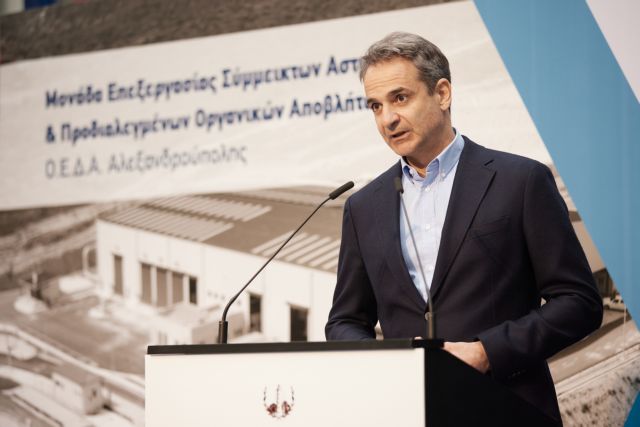 Greek Prime Minister Kyriakos Mitsotakis on Tuesday visited a construction site for the eastern extension of a ring road near the extreme northeast city of Alexandroupolis, with the highway connecting with the east-west Egnatia tollway and the city’s port.

Mitsotakis referred to a very significant project for the entire region, while pledging that construction will be completed by the end of 2023.

The Greek prime minister travelled to the border city to attend an afternoon ceremony for the start of work to build the Alexandroupolis Independent Natural Gas System (INGS) project.

The latter is billed as a cutting-edge strategic energy project that includes an offshore floating unit for the reception, storage and re-gasification of LNG, and linked with a subsea and onshore gas transmission pipeline through which natural gas is imported into Greece’s national system (NNGS) and onwards to final consumers.

The leaders of Bulgaria, North Macedonia and Serbia will also be on hand for the ceremony.

According the company Gastrade, the floating unit will be permanently anchored at a fixed location at a distance of 17.6 kilometers southwest from the port of Alexandroupolis and 10 kilometers from the nearest opposite shore, which is the coastal village of Makri.

The swivel at the mooring turret will allow the floating unit to rotate by 360 degrees, in line with the direction of the sea currents and waves.

The Mitsotakis government has showcased the project – conceived nearly a decade ago – as boosting energy security for Greece and its neighbors in southeast Europe, given its alternate route, which bypasses Turkey, and its independence of Russian gas.