Returning to normalcy does not suit yogurt 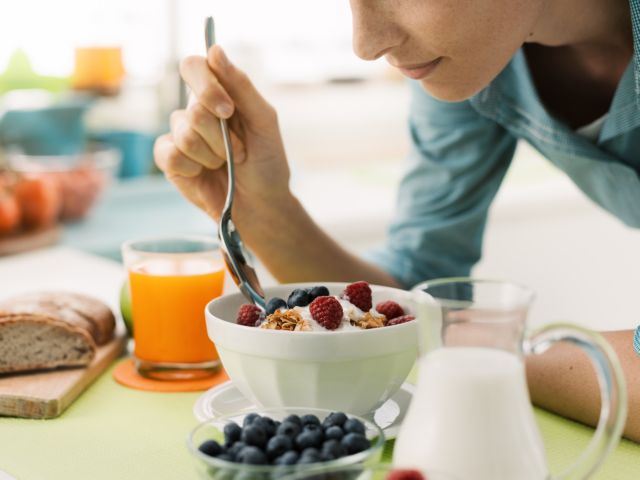 2022 was not a very good year for the Greek dairy market and especially for yogurt, with sales declining significantly compared to 2021.

The increased household expenses for the service of fixed expenses, ie utility bills, loan servicing, rents and gasoline, the wave of price increases on the supermarket shelves, but also the lack of last year’s purchases, panic over the lockdown, have cut down turnover of even basic food items, such as dairy, say retailers.

According to data from NielsenIQ measurements, in the first two months of 2022, sales of yogurt show a decrease of 7.2% compared to the corresponding period of 2021, while in milk the decrease is 5.1%.

The downward trend this year is a continuation of the declining sales recorded in 2021.

Based on the data from the market measurement carried out by  IRI, for the year ending December 31, 2021, the Greek yogurt market, excluding sales for traditional yogurt (s.s. that with the characteristic “skin” on the surface area) was around 54,700 metric tons in volume and around 214 million euros in value. 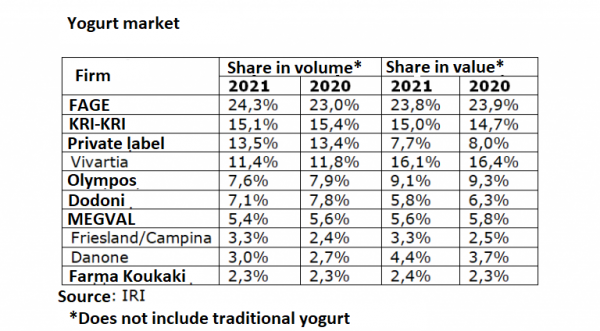 Read also: FAGE: The saga of a factory and the price of milk

It should be noted that yogurt is traditionally a key element of the Greek diet, while in contrast to other countries where yogurt is usually only a dessert or breakfast product, in Greece it is mainly consumed as a standalone snack or as part of a meal.

The competition and the “private label” player

The Greek yogurt market is very competitive with the big players resorting to aggressive pricing policy, in order to keep their shares intact. 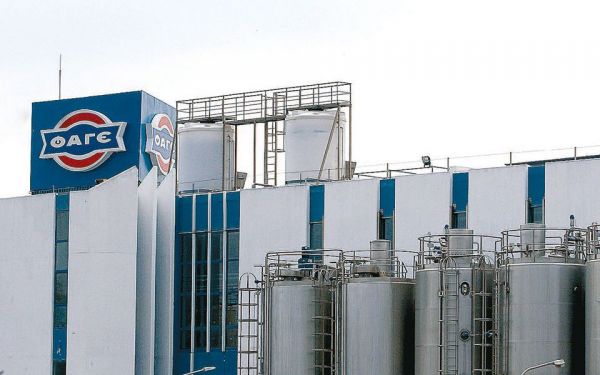 Even FAGE, which maintains the first place in terms of sales in volume and value, increased the offers to keep its position at the top. It is characteristic that the company of the Filippou family in 2021 has a higher share of sales in volume (24.3%) than sales in value (23.8%).

The second player in the industry, the Serrais dairy Kri-Kri, has increased its share in both volume and value, however, as it states in the financial statements for 2021, the increase in sales will not be easy this year, “as the overall market of yogurt in Greece seems weak and is declining in the first months of 2022 “. 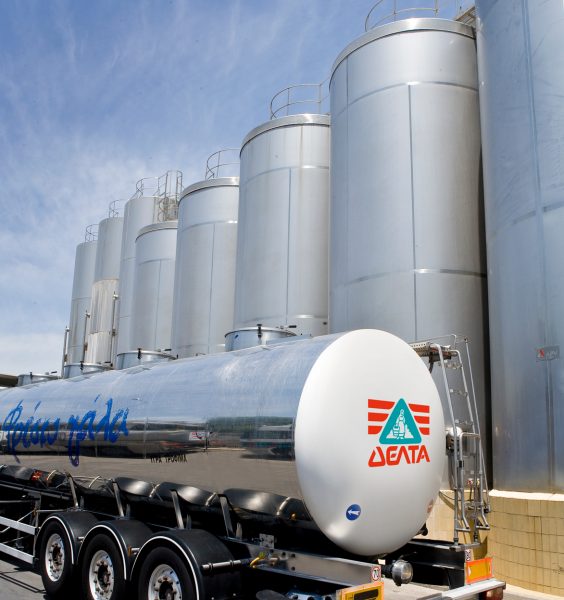 Read also: Saranti Brothers: Sarantis brothers: The investment and acquisition barrage of the milkmen from Grevena

It is interesting that the third largest player in the quantities of yogurt sold in Greece are the “anonymous” products (private label) that are essentially prepared by the large dairies on behalf of the supermarkets.