The death rate of COVID patients intubated in ICUs is approximately 70 percent, as since the beginning of the pandemic about 15,000 COVID patients treated 4,373 have exited. 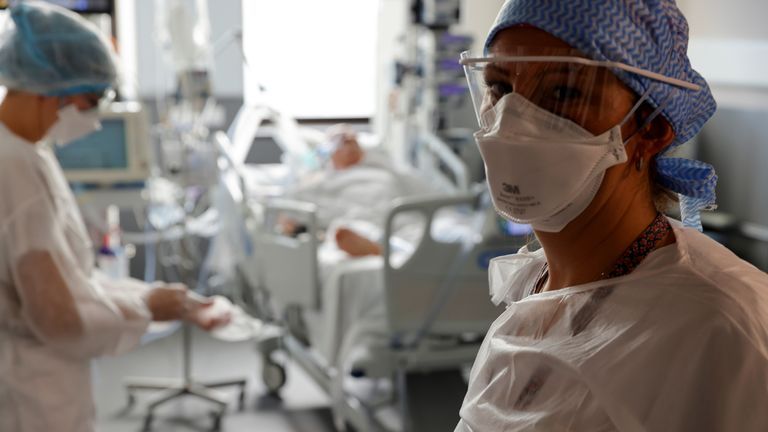 The National Public Health Organisation today announced 44 COVID-19 deaths and a sharp spike in infections in the last 24 hours – 23,748, of which 23 were detected at ports of entry into the country. There has also been a significant increase in the number of hospital admissions.

Since the beginning of the pandemic, 23,748 people have died of SARS-CoV-2 in Greece, 95 percent with an underlying medical condition and/or age 70 or older.

A total of 2.7mn infections (49.3 percent men) have been officially recorded since the pandemic began, a daily increase of 0.9 percentage points.

Of infections confirmed over the last seven days, 211 are believed to be linked to travel abroad, while 1,564 have been traced to a previously confirmed case.

The 𝑅𝑡 nationwide based on the number of confirmed infections is estimated at 1.04.

There are currently 353 intubated COVID patients (65.3 percent men), with a median age of 69-years-old, and 90.7 percent have an underlying medical condition and/or are age 70 or older.

The death rate of COVID patients intubated in ICUs is approximately 70 percent, as since the beginning of the pandemic about 15,000 COVID patients have been admitted and 4,373 have been released.

In the last 24 hours, 345 COVID-19 patients have been admitted to hospital (a daily increase of 16.55 percentage points). For the last seven days, the average daily number of admissions is 303 patients.