Eleonas: In the final stretch for the new intercity bus station 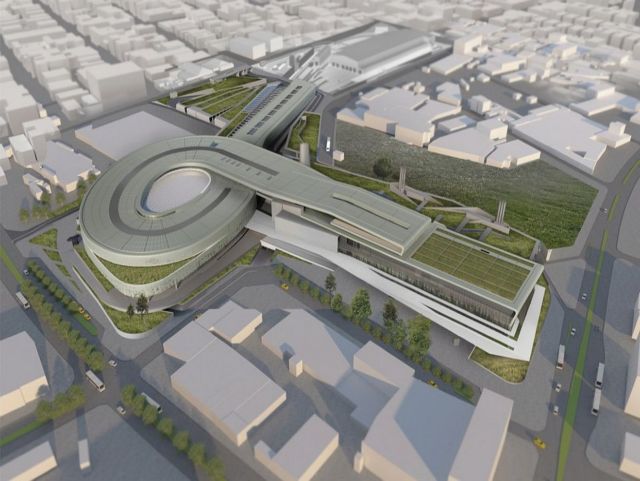 The time for decisions has come for the new large transport hub of Athens. The implementation of the long-awaited new central station of intercity bus authority KTEL, which is connected with the wave of renewal which is expected in the coming years in the area of ​​Eleonas thanks to the Double Regeneration, is entering the final stretch. In the coming weeks, perhaps by the end of the month, the Ministry of Infrastructure and Transport will take decisive decisions on the fate of the project, the budget of which is estimated at 140 million euros, so that the tender will be made public by 2022.

After more than two decades of announcements for the relocation of the intercity buses of Athens in the area of ​​Eleonas, it remains to be decided the method by which the big project will be auctioned, ie whether it will be a concession, a PPP or a public project. A decisive decision for the financing and the viability of the project is foreseen, with the aim of getting the construction work started as soon as possible.

Also, the body that will implement the project of the Central Intercity Bus Station (KSYL) Eleonas must be decided. It is reminded that the area that has been secured belongs mainly to the Attiko Metro, while part of it belongs to the municipalities of Athens and Egaleo.

Recently, the Deputy Minister of Transport, Mr. Michalis Papadopoulos, informing the Greek Parliament, pointed out that the environmental impact study has already been submitted for the project and has been forwarded by the Ministry of Environment to the Attica Regional Council, in consultation.

Also, the financial study has been prepared, which was paid for by the Central Intercity Bus Station, and the project is now considered mature. “The implementation phase of the project is expected to last 16 months from the issuance of the relevant urban planning permit for the building,” said Mr. Papadopoulos, attributing hesitation to the previous government for a project that has been presented since 2018.

She noted, in particular, that under her responsibility, the extension of the Memorandum of Cooperation signed by Attiko Metro with the Municipality of Egaleo and the Central Intercity Bus Station did not proceed, despite the fact that the previous one had expired in 2017.

The profile of the new Eleonas super-hub

The need to concentrate and upgrade the KTEL of Attica, which are now scattered in Kifissos and Liossia, as well as the international lines starting from Acharnes, Karaiskaki Square and Omonia, was realized already in the mid-90s, but the project stayed in the drawer for many years. The state-of-the-art junction that will be built in Eleonas will be a new landmark for the capital, which will serve 16 million passengers annually.

With a design reminiscent of a large airport terminal, with a total area of ​​40,000 sq.m., the new intercity bus terminal in Eleonas will upgrade the entire area. Based on the design so far, as it was presented in previous years, it will include commercial spaces that will be spread over 11,750 sq.m., spaces of cultural interest 1,500 sq.m., 572 parking spaces and free green spaces 20,000 sq.m.

The necessity of the project becomes clear if we consider the third world situations that prevail in the two existing stations, in Kifissos which serves 36 bus lines and in Liosion which serves 13. The two stations, without taking into account the bus lines abroad that are scattered in Athens , serve a total of 24,650-44,200 passengers per day. That is about 12 million passengers a year, which is the same as a large airport. Today, accessibility is ensured mainly by private roads (cars, taxis) and a few bus lines, while the waiting areas are confined.

The solution to all the above is planned to be the transport “super-hub” of Eleonas, which will house the intercity bus connections of Athens with the rest of Greece (KTEL), the Metro network at Eleonas Station (on the line that connects the port with the Airport), the local bus station, organized parking spaces for de-boarding taxis and cars and parking for subway passengers and intercity bus needs.