Greece’s political parties must re-evaluate their stance and behaviour as regards climatic phenomena. Communications tactics and supposedly enraged accusations usually boomerang on those who unleash them and obviously are not a solution. 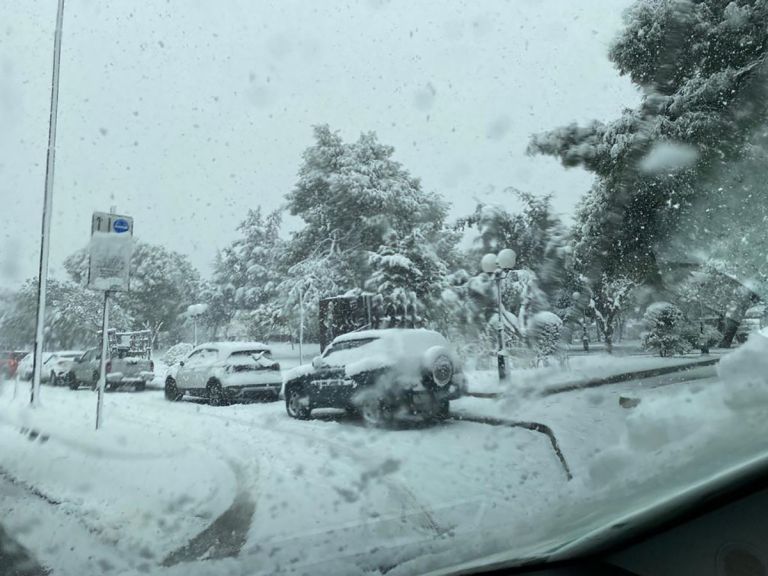 No one doubts that the management of last week’s snowstorm that hit the country hard and for many days disorganised life in the capital was disheartening, to say the least.

Despite the fact that meteorologists had announced the coming storm well in advance, those involved in handling it did not perform effectively.

On the contrary, the storm highlighted all the organisational and administrative deficiencies that characterise the central state administration and municipal government, which shares the responsibility.

The chaos in the streets of the capital prevailed because the many parties involved, including the private company that has the Attiki Odos motorway concession and manages the most basic transportation artery of Athens, did not coordinate and were unable to act collectively and in an organised fashion, as conditions demanded and the intensity of the weather front mandated.

This is the most important conclusion that must be evaluated by those who manage climate crises like the one we recently experienced, as similarly intense weather conditions in various forms will continue to preoccupy us in the future.

Those who have experience with snowstorms, and were on the road during the many hours that the storm lasted, can confirm that the intensity of the storm was rare, and that the volume of snow was insurmountable and able to block all movement on the busiest roadways all over Attica.

That means one cannot make easy judgments, or approach the issue with a communications-based mentality, or exploit the rage of citizens.

The shifting of responsibility and political skirmishes that we are witnessing is an indication of a delay and inability to comprehend the new climatic conditions.

The previous deplorable experiences from the flood in Mandra, the death of over 100 people in the Mati wildfire, last summer’s heat wave with the resulting disastrous wildfires, and now the snowstorm, confirm that we have entered a new, intense, and extremely dangerous climatic cycle.

The political clashes that followed previous extreme weather conditions and the political results of exploiting them cannot guide our country’s political life.

No political party leader can maintain that he has signed a contract with nature that it will be more lenient with him if his party comes to power.

Let us not deceive ourselves. Extreme climatic events will be more frequent in the future, will disorganise the lives of citizens, and will have an ever greater cost for everyone.

That requires a differed stance and behaviour. The state must be truly organised. Municipal government must acquire rapid intervention capabilities.

At the same time, one must develop effective systems and mechanisms to warn citizens – who have a duty to seriously take into account the messages of competent authorities – in a timely manner.

Greece’s political parties must re-evaluate their stance and behaviour as regards climatic phenomena.

Communications tactics and supposedly enraged accusations usually boomerang on those who unleash them and obviously are not a solution.

Cooperation with the scientific community, and seeking out and involving people experienced in the management of emergency conditions, is clearly necessary.

The management of extreme phenomena cannot rely on individuals that have not literally thrown themselves into the fire and have never picked up a shovel in their lives.

We must stress that the general demand for reforms pertains to our entire political system.

Those who preach reform must themselves change and reform themselves if they truly want to meet the challenges of our times.