4,000 permanent nursing staff are being recruited 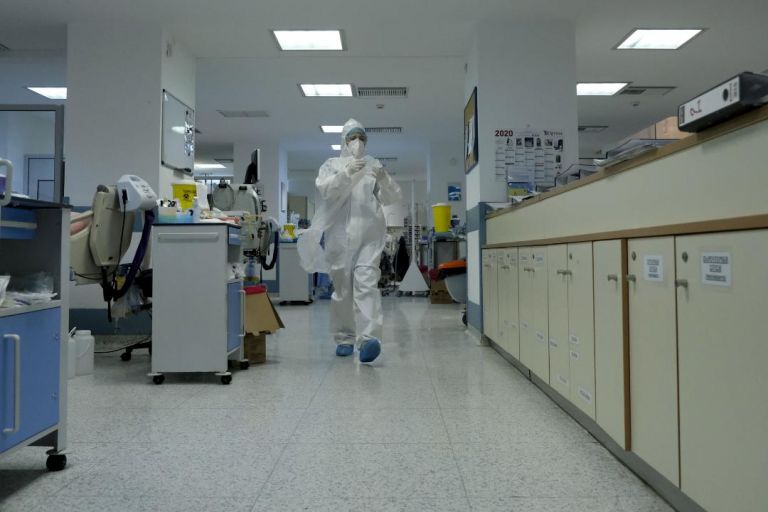 The “black hole” of the unvaccinated health workers who are in suspension is being rapidly reduced by the leadership of the Ministry of Health, which launched an announcement for 4,000 permanent nursing staff positions, strengthening the structures of the whole country.

This move is the first measure to fill the vacuum that is currently hobbling the NHS and may also become… permanent, if the thought of a new regulation that will exclude from Health Services anyone who is not vaccinated is finally locked in.

Thus, if this decision is made – proving that the pandemic shapes a different tomorrow in the workplace, with an emphasis on the most critical areas – it means that from now on anyone who has not been vaccinated will not be able to claim a position in the Health Service. Consequently, for those who are suspended, the way will be opened for the termination of their contract.

More specifically, to date 4,727 employees in public hospitals remain unvaccinated against Covid-19 infection and therefore on suspension. Of these, 495 are doctors, 2,416 are nurses, 698 are administrators and 1,118 are miscellaneous staff. It is recalled that last September the number of unvaccinated workers in the NHS reached 7,000, but in the meantime some fell ill and therefore returned to work using disease certificates.

Given these data, according to sources in the Ministry of Health, and while this crucial discussion is ongoing, March 31 has been set as the deadline for the implementation of the final decisions. After all, since the end of December, Thanos Plevris had given a first sign for the government’s intentions when he noted that “by March 31, those who have not been vaccinated will not return to their duties. With the pandemic data, it is clear that the measure will remain not only for this quarter. Therefore, those who want to be in the NHS, are called to make, during this quarter, a decision whether to be vaccinated or not to be vaccinated and to put themselves outside the NHS. It is being considered not to give another extension of waiting. The perpetuation of the vaccination measure is under consideration.”

Nevertheless, at the health ministry, they recognize that in the event of the dismissal of unvaccinated health workers, the health structures will incur significant losses, also taking into account the planned retirements. After all, even before the pandemic broke out, the representatives of the health sector repeated at every opportunity the constant request for permanent recruitment, focusing on the underfunding and understaffing (with emphasis on the nursing staff) of the NHS.

Meanwhile, in the last two years or more, the weaknesses of the system have become even more apparent, while setting new priorities in the formulation of Health policy. It is indicative that, according to OECD experts, at the end of 2020 the NHS continued to be characterized by a small proportion of nurses in relation to the population. More specifically, according to the specific data, there were then 3.4 nurses per 1,000 inhabitants, compared to 8.2 per 1,000 of the EU average, with the picture remaining problematic to this day.

In this light, the recruitment of 4,000 permanent nurses will be an important breath for the country’s hospitals, which are under siege by the pandemic virus for 24 months. A special team in the health ministry, after processing the needs by region and health unit, has already decided on the distribution of places so that the specific announcement can run in the next period.

At the same time, however, officials of the Ministry of Health are working out all the scenarios in collaboration with the Ministry of Interior to fill the thousands of vacancies that will arise in case the resistance of the unvaccinated health workers is not reduced.

The two solutions that are preferred are the immediate announcement of the positions on the basis of the 1: 1 rule (ie a recruitment for a departure), while on the table is the proposal to convert the three-month contracts into eight months.