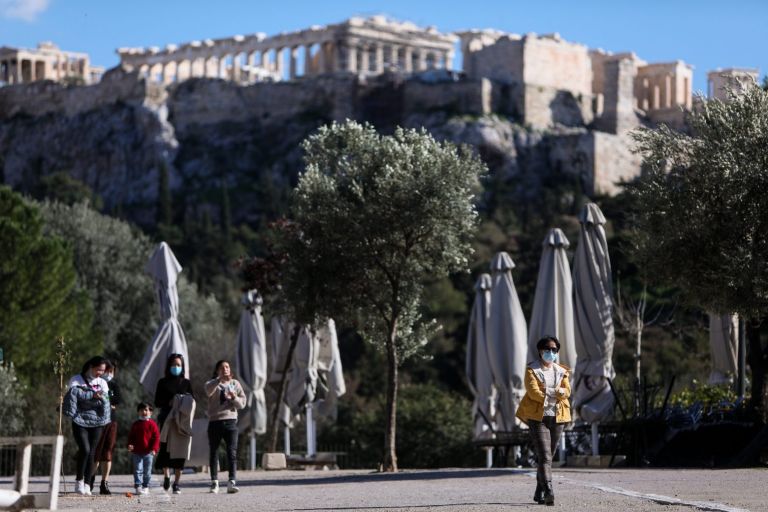 The next meeting of the Committee of Experts will scrutinize the possibility of new restrictive measures, but also a time extension of the existing ones, which expire on January 16

The Omicron variant is sweeping Greece, with the next ten days being considered perhaps the most decisive, since the beginning of the deadly pandemic.

On Wednesday, health service EODY announced 43,386 cases, while on Tuesday, our country set a “black” record of cases with 50,126 new infections and it is worth noting that over 90% of cases in the country carry the Omicron variant.

Attention is focused on the celebration of the Epiphany, as the goal is to avoid as much as possible the overcrowding of the faithful and to mitigate further dispersal of the coronavirus, while the consequences of the decision to open schools on January 10 are eagerly awaited.

All this, at a time when experts’ forecasts speak of even 55,000 cases per day, and while the anxiety about the exponential increase of cases, has sounded the alarm, as the risk of generalized breakdowns in key areas of the public sector is more than visible.

If the course of the cases confirms the ominous predictions of the experts, and if the so-called hard indicators of the pandemic are affected, then all the measures that are in the drawer will return to the table, while it is considered certain that the measures currently in force will be extended.

The new measures and plan B

The next meeting of the Committee of Experts will take place on Monday or Tuesday at the latest and will be crucial, as the possibility of new restrictive measures will be put under the microscope, as well as the extension of the existing ones, which expire on January 16.

In the next ten days, the government will finalize what measures will be implemented, while the seven-month validity period of the vaccination certificate has already been locked.

This means that those citizens who do not take the booster shot in time will lose the relevant privileges for entering the closed spaces (it already applies to those over 60).

The measure based on the planning so far will be implemented in the first fortnight of February.

The debate over extending the mandatory vaccination to 50-year-olds has been slightly shifted to give a clearer picture of the spread of the virus during the festive season. However, a similar debate is already taking place in a number of European countries and the measure remains high on the government’s agenda if the pressure on hospitals increases.

In addition, the focus will still be on further reducing the operating hours of restaurants, while reducing the capacity of the stores.

Developments are also expected for the unvaccinated health workers who are on suspension in recent months.

Specifically, as it seems, they will not be given an extension and if they have not been vaccinated by 31/3 they will be out of the National Health System, which is still in conditions of extreme pressure.

Increased pressure on hospitals, combined with the thousands of health care providers suffering from coronavirus, has created the need for a new mobilization order for private doctors.

Specifically, as announced by the Deputy Minister of Health, Mina Gaga, tomorrow, Friday or Monday at the latest, the relevant orders will have been delivered to the health workers.

According to the data published, the percentage of health workers who are ill and in quarantine is small per hospital and does not reach 4%.

So far, however, the number of doctors who will be called to assist the NHS has not been decided, as the gaps in the hospitals are still being recorded.

However, private doctors will work part-time by 50% so that they can maintain their surgeries, something that had proven to be a deterrent to previous orders, resulting in limited attendance and reactions.

Alarm for the public

At the same time, there is great concern that the spread of Omicron could cause paralysis in public services, as more and more workers are quarantined.

The government has already prepared Plan B in case of a large spread of the coronavirus in public service.

After telework, the Ministry of Interior is also activating the mobility of civil servants where it is deemed necessary for the operation of key posts of public interest.

Specifically, the Ministry of Foreign Affairs, in a letter to the directorates of public bodies, requests that there be an emergency plan in each service in the midst of the rapid spread of Omicron.

The deadline for drawing up the alternative plan for each service which will be implemented in an emergency, is today, as noted in the document of the Ministry of Foreign Affairs. As required, the responsible supervisor should ensure and identify the human resources by sector and specialty, which is the minimum required in order for this state-of-the-art service to be operational.

The deadline for the preparation of the alternative plan for each service, which will be implemented in an emergency, is today, as noted in the document of the Ministry of Foreign Affairs.

Emphasis is also placed on other critical areas such as public transport, where alternative scenarios are considered to avoid problems. However, the fact that quarantine for vaccinated asymptomatic patients has been reduced to five days out of ten is estimated to ease the situation and reduce any gaps that may arise.

Private sector companies are also facing problems, often turning to overtime to fill vacancies due to the illness of workers.