What will next year’s inflation mean for households? 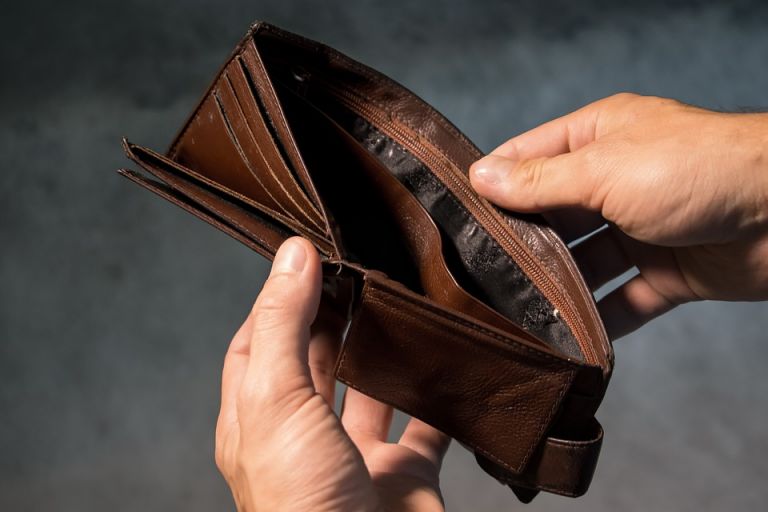 The measures that the government plans to take in the first days of January and what are the forecasts for the prices of commodities, oil, electricity and gas – The beginning of the price increases since last Easter and the records

The problem of price increases is expected to be particularly acute in 2020 as well, as inflation is expected to “run” at a high rate both internationally and in Greece, although the government is trying to reassure citizens about upcoming developments.

The country is already counting seven months of inflation, as the first positive sign in the consumer price index appeared last May, marking the beginning of the rise in prices from Easter 2021 onwards. At this stage, international analysts estimate that price increases will continue at a high “pace” at least in the first half of 2022 and in any case inflation will move to positive ground throughout the next year.

The heavy operating costs due to the continuous increases in raw materials, energy and transport, which have appeared all the previous months, leave no room for flexibility to absorb any price increases supported by entrepreneurs from the manufacturing, primary production and trade sectors. In fact, in the next period, companies that until now had not acted by intensifying inflationary pressures, are now also expected to raise prices.

Based on the estimates of market factors, it is predicted that immediately after the holidays the prices of several basic food items are expected to increase by an average of 20%, while in the category of household items in some products the price increases will reach 40%.

The owner of the supermarket Sklavenitis, who had a meeting with the Prime Minister at the Maximos Mansion, has already reportedly warned that big increases in mass consumption products ranging from 20% to 40% are coming in the new year, while he also warned of possible shortages.

The coffee we drink in disposable plastic will be more expensive by -at least- 10 cents, from the New Year, due to the imposition of a “green” fee.

In particular, take away coffees – as stated in the relevant circular – will be charged with a special environmental protection contribution of 4 cents plus VAT for the receptacle and as much for the lid. With VAT and rounding the charge is set at 10 minutes.

At the same time, the Bank of Greece is sounding the alarm for the course of inflation, predicting that consumer prices will increase more than 3 times compared to the government’s forecasts, which are contained in the 2022 budget.

“A stronger and longer-lasting rise in the prices of energy and other raw materials may keep inflation high for extended periods of time and destabilize expectations for it, causing a faster tightening of monetary policy, thus increasing the risk of financial turmoil. markets and reversing the upward trend of economies “, states a relevant report.

This will lead to a jump in the consumer price index to 3% in 2022, when the government forecasts only 0.8%, within the text of the budget. The downward trends will start at the end of 2022, leading the Harmonized Index of Consumer Prices close to its central trend which is for Greece 2%. In 2023 it is estimated that this index will fall below 1%.

It is recalled that inflation rose sharply by 4.8% in November this year from an increase of 3.4% in October while it is projected to exceed well by 5% in December.

The energy crisis can also have a budgetary impact. At first glance, state coffers may be filled with both the highest VAT and the revenue generated by the increased price of pollutants or the resources saved by compensating renewable energy producers, but at such levels it will be difficult for households and businesses to support rent only with the resources of the Energy Transition Fund and without the use of cash.

There is already insufficient support for electricity tariffs for both households and small and medium-sized enterprises.

For this reason, the relevant Ministries of Environment and Energy and Finance are expected to announce the new system of subsidies for electricity bills for households and businesses, in the first week of the year.

Unprecedented is the burden of household consumers and professionals of low voltage but also of businesses and crafts of medium voltage from the large increases in electricity prices.

Executives of electricity companies speaking to OT estimate that for the period July – December alone, the aforementioned categories of consumers paid 2.3 billion more. euros the electricity they consume.

According to the available data, the bills for the home customers of all suppliers were “inflated” by 880 million euros, for the professionals of low voltage the total charge intention is estimated at 825 million euros and for the companies of the middle The increases are estimated at EUR 600 million.

The additional cost is shocking as, according to market data that OT is aware of, throughout 2020 households and businesses consuming 45 million megawatt hours (excluding the high voltage heavy industry) paid electricity bills totaling 3.9 billion . euro. And with prices significantly lower than the inconspicuous ones that have been formed in the last six months.

Electricity increases are expected to continue not only in the last month of 2021 but also in 2022. Safe forecasts show that for the first quarter of the new year the price race will continue.

At the same time, international oil prices are expected to maintain an upward trajectory in 2022, after the high of 12 years of 2021, as it is estimated that the demand for aviation fuel will increase.

With oil hovering close to $ 80, analysts estimate that OPEC + at its January 4 meeting will stick to its plan to increase production by 400,000 barrels a day in February.

Increases in natural gas exceeded 850% in 2021, significantly affecting the cost of electricity, where price increases in wholesale prices exceed 300% in 2021. All this sets fire to household budgets in the middle of winter. needs – especially for heating are great. If we calculate the appreciation of Brent oil, which is estimated at 50% in a period of twelve months, then an explosive cocktail is formed for consumers and businesses.

Households in Greece already report that they have started to receive exorbitant electricity bills compared to last year, while similar fears exist for natural gas not only in Greece but throughout Europe. It is indicative that natural gas contributes by about 80% to the formation of electricity prices in Europe and somewhat less in Greece.

How households are affected

According to a survey published by the General Confederation of Greek Workers (GSEE) and the Labor Institute in collaboration with Alco, 82% of employees say that the monthly burden on their household from increases in energy prices and basic foodstuffs is expected to be “very large” or “large”, with only 14% rating it as “small” or “very small”.

Read also: ELSTAT – Annual increase of 24.5% in producer prices in Industry in November

Simply put, inequalities are rising, with the poorest anxious about how the coming months will turn out.