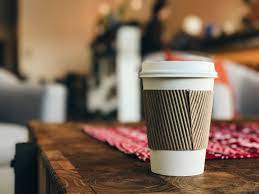 The coffee we drink in disposable plastic cups will be more expensive by -at least- 10 cents, from the New Year, due to the imposition of the “green” fee.

In particular, take away coffees – as stated in the relevant circular – will be charged with a special environmental protection contribution of 4 cents plus VAT for the receptacle and as much for the lid. With VAT and rounding the charge is set at 10 cents.

In detail, the “green” tax from January 1 concerns:

– Containers of food, ie containers such as cans, with or without lid, in which food is placed which:

(a) intended for immediate consumption either on site or off-site;

(b) usually consumed by the container, and

(c) are ready for consumption without further preparation, in particular cooking, cooking or reheating, including containers used for fast food or other ready-to-eat meals, other than beverage containers, plates, packages and wrappers containing foodstuffs.