The Coast Guard rescued from the wreckage 63 of the people on board (61 men, 2 women). They were all transferrefd safely to Paros 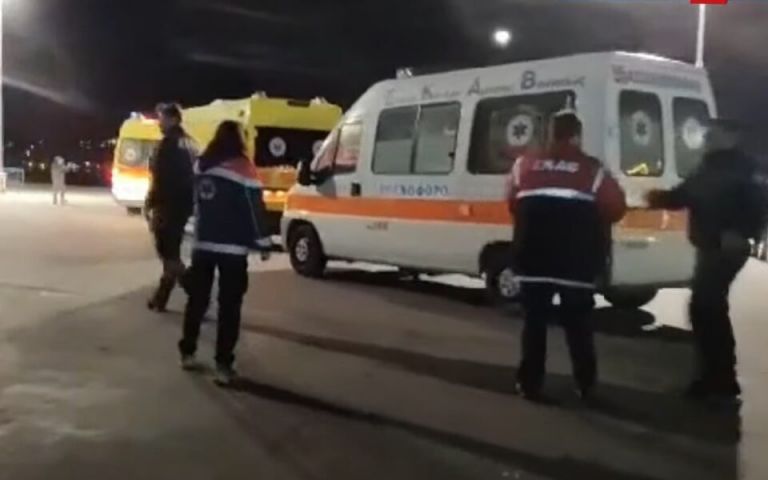 A migrant boat carrying at least 80 refugees and migrants capsized off the coast of Paros, leaving at least 16 people dead, so far.

Twelve of them are men, three are women and among the dead there is also an infant.

The Coast Guard rescued from the boat that overturned near the coast of Paros 63 of the people on board (61 men, 2 women). They were all transferred safely to the island of Paros. Rescued migrants in the port of Paros (photograph parianostypos.gr)

In a reception facility

The rescued ones are temporarily housed in a reception facility in Paros, with the care of the relevant municipality.

According to information, some of them were taken to the Paros Health Center, where they were provided emergency assistance.

According to the testimonies of the rescued, about 80 people were aboard the board that was towed to Naoussa, Paros. Investigations in the sea area where the tragic event took place are being continued by sea and air, so as to find any missing persons.

According to information, the boat had sailed from the coast of Turkey to Italy. It should be noted that this is the third incident of search and rescue in the Aegean during the last three days, in which traffickers from Turkey are involved who are transporting people illegally.

The Minister of Shipping and Island Policy, Mr. Giannis Plakiotakis, expressed his deepest regret for those who lost their lives, adding that “Greece will continue to save lives, which others endanger in the Aegean and the Eastern Mediterranean.”

In 2021 in total, more than 1,450 search and rescue operations have been carried out and more than 29,000 people have been rescued.