As of dawn on 3 January and thereafter, there will be measures instituted concerning the hours of operation of entertainment venues, athletic events, and the expansion of tele-work. The health minister announced that schools will remain open. 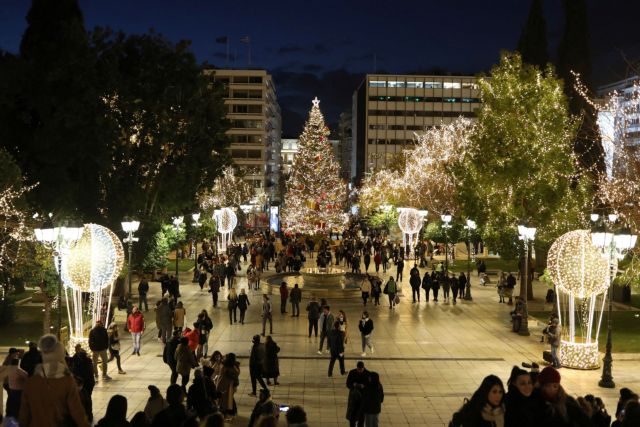 The measures will be implemented in two phases. The first will take effect tomorrow, 24 December and last through 2 January, and the second phase will kick in on 3 January.

As of tomorrow, all mass outdoors holiday events will be cancelled.

The use of masks will be compulsory both indoors and outdoors, and the measure will be enforced in closed spaces such as gyms, restaurants, and churches.

The use of KN95 masks or a double less protective mask (e.g. surgical masks) will be required for admission to supermarkets and mass transit (buses, metro, etc.)

For visitors entering Greece from abroad – aside from the already required PCR test up to 72 hours before arrival or a rapid test 24 hours before travel – the government has issued a strong recommendation that the test be repeated on the second and fourth days following arrival.

The government has also issued a strong recommendation that citizens take a self-test prior to any social gathering, and that youths after going out be careful in their contacts with the elderly.

Second package of measures will take effect on 3 January

Plevris said that the National Committee on COVID-19 will convene on 27 December to review the epidemiological data so as to confirm fresh measures that will be imposed as of 3 January, but that if deemed necessary these measures will take effect even sooner.

As the plan now stands, as of dawn on 3 January and thereafter, there will be measures instituted concerning the hours of operation of entertainment venues, athletic events, and the expansion of tele-work.

Plevris announced that schools will remain open, possibly with new public health restrictions on how they operate.

He ruled out the return of the requirement of having to send an SMS for permission to leave home for specific reasons, as occurred in the first phase of the pandemic in 2020, and said that any new measures will not involve a lockdowm.

He said all the epidemiological data will be continually evaluated by the committee of experts and that the government will act accordingly.