Sarigiannis: If a total lockdown is imposed on 3 January it will last one month 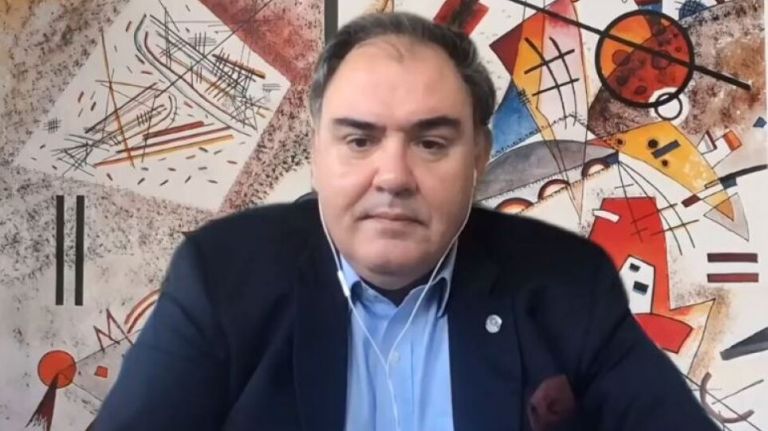 ‘If there is a total lockdown beginning on 3 January, it will last one month, but if we reach 16 January then we believe that there will again be 6,000 new infections confirmed daily, then it will extend through March,’ Sarigiannis said.

The COVID-19 Omicron variant which has come to Greece has placed the government and expert scientists on red alert, as it is quite possible in the coming days there will be a major spread in the community.

Although the government is emphatically ruling out a lockdown, it appears to have left open the prospect of imposing stricter public health measures in early January, after which the Omicro variant is expected to be predominant.

University of Thessaloniki Professor of Environmental Engineering Dimosthenis Sarigiannis told ERT3 radio that he is certain that due to the Omicron variant the country will not be able to avoid a lockdown.

He said that all the data indicate that soon there will be a major problem.

“If there is a total lockdown beginning on 3 January, it will last one month, but if we reach 16 January then we believe that there will again be 6,000 new infections confirmed daily, then it will extend through March,” Sarigiannis said, expressing certitude about his projections.
Omicron variant 50 percent of cases by New Year’s Day

“By New Year’s Day, the Omicron variant will account for 50 percent of infections in our country,” he said, noting that there is already a decline in new infections and in hospitalisation and a tendency toward reversal of the current situation as of yesterday,” he said.

He said that in the first phase there will be a major problem in Larisa, Chania and Siteia in Crete, and Athens, and that this will speed up the spread of the Omicron variant.

‘Do not open schools on 10 January’

Sarigiannis said that schools should not open on 10 January as scheduled and revealed that many private schools have already begun to prepare for the prospect of tele-education.

He also said that it would be a criminal mistake to go ahead with students going to campuses to take first semester university examinations.

Two measures if the epidemic spins out of control

Prime Minister Kyriakos Mitsotakis yesterday told his cabinet that new measures will be discussed after New Year’s and will depend on the epidemiological situation.

“Our second line of defence pertains to the first weeks of 2022. Depending on the development of the pandemic, we have at our disposal an array of choices, such as expanding tele-work, and setting the hours of operation of restaurants and recreational venues. There will not be a suspension of the operation of schools, but I stress that everything will be decided based on the [epidemiological] data. No decision has yet been taken,” the PM said.