Coastal shipping – A sector that lags behind in green investments 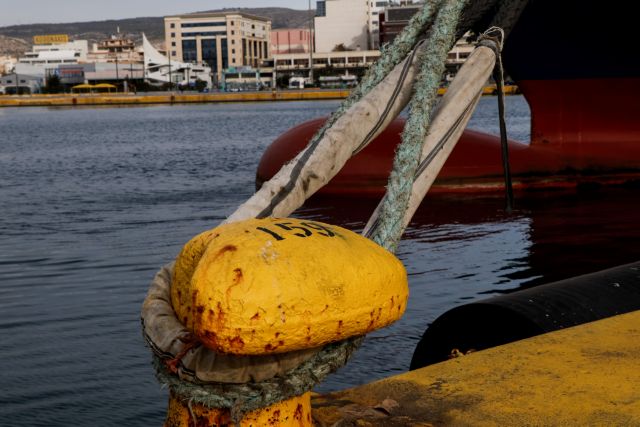 At the same time that there are many construction projects in Europe for new green passenger-vehicle ferries, Greek coastal shipping is still in the planning phase for the renewal of its fleet, despite the fact that Greece is the most island country in Europe.

However, the time limits are narrowing, as from the new year the coastal vessels will have to start adapting to new stricter environmental requirements set by the revised regulations of the International Maritime Organization (IMO) for the reduction of carbon dioxide emissions.

Then the ships will be rated for their energy efficiency A, B, C, D, E, where A is the best and, in case one of the ships is rated D or E, for three consecutive years, they will be asked to present a corrective action plan to improve efficiency in the minimum standards required (C or above). Industry players point out to ot.gr that so far very little has been done in Greece in the direction of launching new greener ships, while emphasizing the need for interventions to improve their image. The average age of ships in Greek coastal shipping is currently 27.32 years with a horizon to reach 37.32 years in 2030. In fact, then, as the Association of Passenger Shipping Companies (SEEN) has pointed out, more than 42 ships will be over 40 years old, while 18 will be over 50 years old.

Currently, fleet renewal plans are being considered by the Attica Group, which may include ANEK, provided that the agreement of the banks for the creation of a single scheme is completed. According to information, Attica Group intends to use more than 100 million euros from the available funds of the Recovery Fund for the development of new green ships.

The stagnation seen in recent years in fleet renewal has shown the difference with other European countries that are investing in new ships that use more environmentally friendly fuels.

A typical example is Norway, which has decided that, from 2026 all the fjords in the country will be free of gas emissions.

It is noteworthy that, in early December, the competent authorities of the country awarded a tender to the shipping company, Torghatten Nord, for serving large routes among the cities of Bodo, Rost, Vaeroy and Moskenes with a ship that will use 85% of fuel based on hydrogen and remaining 15% on zero or minimum emissions fuel.

Also, the shipping company, Havila Kystruten, which had placed an order for four LNG-battery cruise ferries, part of its new contract for the service of the line between Bergen and Kirkenes on behalf of the Norwegian Ministry of Transport, just on December 12 received the first of the four ships.

In Sweden, Wasaline launched the newly built Aurora Botnia last August, which uses electricity near ports, and uses liquefied natural gas as its main fuel, but also has the potential to use biogas in the future.

In Estonia, Tallink Group is building MyStar, which uses LNG as fuel.

In Scotland, the competent regulators are launching tenders to cover ferry lines for ships that will use electricity as a propulsive force.

In France, Britany Ferries received, in early December, the first of the three new LNG-powered vessels and chartered them from Stena Line, which has placed an order for twelve such vessels at the Chinese shipyards.

Going closer to the Mediterranean, the Spanish Balearia is converting the engines of six of her ships so as to “burn” natural gas, while it also charters three newly built passenger ferries with LNG fuel.

Finally, the Grimaldi group invests in modern and environmentally friendly ships that use electricity in ports.