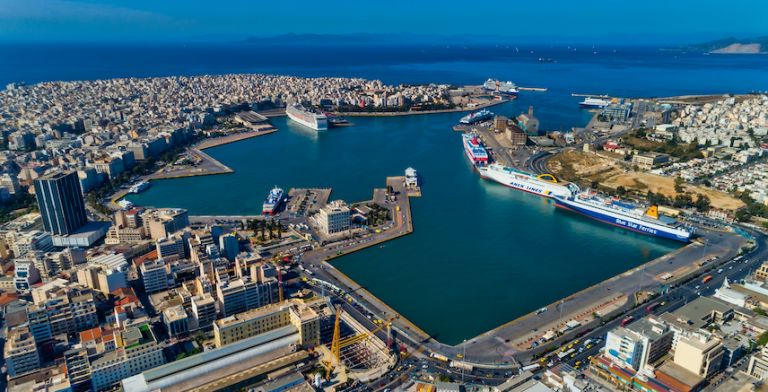 According to Business Registry data, there were a total of 1021 registrations, of which 976 relate to newly established companies, and 150 deletions

The assessment of the year is positive for Piraeus entrepreneurship, which continues to fight against the adversities created by the waves of the pandemic, which “struck” the economy, as stated in an announcement by the Piraeus Chamber of Commerce and Industry (PCCI).

As it results from the data of Business Registry data, which were announced at the last meeting of the Board of the Chamber for the year, there were a total of 1021 registrations, of which 976 relate to start-ups, and 150 deletions.

The ratio of 7 to 1, according to the attached tables, and the increase of new establishments by 10%, combined with the reduction of  business closures by 25% in 2021, compared to 2020, creates sound expectations for 2022.

Commenting on the data, the president of PCCI, Mr. Vassilis Korkidis, noted that the Piraeus business community continues to fight and, as the indisputable numbers show, continuing to create added value and jobs. He also wished that the year that will follow will be “free” from new covid mutations, but also that 2022 will be a year where the balance of registrations-deletions of companies will increase its strong positive sign.

The president of PCCI briefly referred to the actions developed by the Chamber for the support and development of commercial and shipping activities between the Chambers of Commerce and Industry of Piraeus and Famagusta, as well as the co-organization agreement of the Economic Forum in May 2022 in Cyprus, while reviewing the and inflationary pressures, which affect the trading world and affect both import and export trade.

The inclusion in the program planning of the Ministry of Infrastructure and Transport with the approval as a National Level project, the completion of the Scaramangas Node and the connection of the Western Egaleo Ring Road with the Athens-Corinth National Road are important for the entrepreneurship of the wider region and for the restart of the two large shipyards of Scaramangas and Elefsina.

It was also stressed that those structural and other changes, which will make the country’s economy more attractive for attracting investments, both from abroad and from within, must be accelerated.

In the evaluation of the year and in the enumeration of positive issues, the president of PCCI also added the renewal of the representation of the Chamber for the next two years on the Board of EuroCommerce, the assumption of the chairmanship of the Committee of ASCAME “Transport and Logistics”, but also the retention of the chairmanship of the Committee of “Trade and Retail”. Finally, he noted the importance of the role the committees play for transport, shipping, industry and trade, pointing out that Piraeus, which is a strong shipping and trade hub, will exercise dynamic interventions with the participation of members of the PCCI board, in the context of the work of the two committees.