‘Over the last month, we have a growing dynamic [surge in cases] in a sensitive category, which is pregnant women,” one healthcare worker said, noting that, “Those responsible must review their policy regarding pregnant women.” 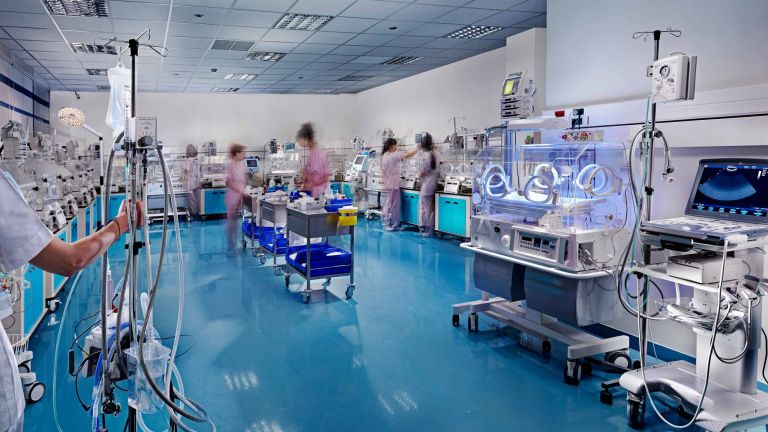 The spike in the number of pregnant women being treated, at times intubated, for COVID-19 has raised concerns in Greece’s scientific community and among doctors.

Critics say there have been mixed signals that confuse public opinion and that medical associations in various specialties, such as OB/GYN, have not pushed hard enough to dispel misunderstandings.

There are eight pregnant women being treated right now at the Ippokrateio Hospital of Thessaloniki.

“Three of them are intubated and the rest are in regular rooms with COVID-19 patients,” said Dimitris Dontsios, a healthcare worker and a member of the hospital’s workers union.

27 pregnant women treated in one month

Meanwhile, Dontsios underlined that in just the last month 27 pregnant COVID-19 patients have been treated at his hospital – 20 in regular beds and seven had to be intubated.

“Over the last month, we have a growing dynamic [surge in cases] in a sensitive category, which is pregnant women,” he said, noting that, “Those responsible must review their policy regarding pregnant women.”

Thessaloniki Hospitals are still under huge stress due to the surge of the epidemic in northern Greece, which has a low rate of vaccination.

It is indicative of the severity of the situation that for two weeks healthcare workers have been demanding the opening of the Infectious Diseases Hospital,” which has been shut for the last eight years.

Also, four newborn babies whose mothers are infected with COVID-19 are being treated in hospital, and one was intubated, ERT television reported.