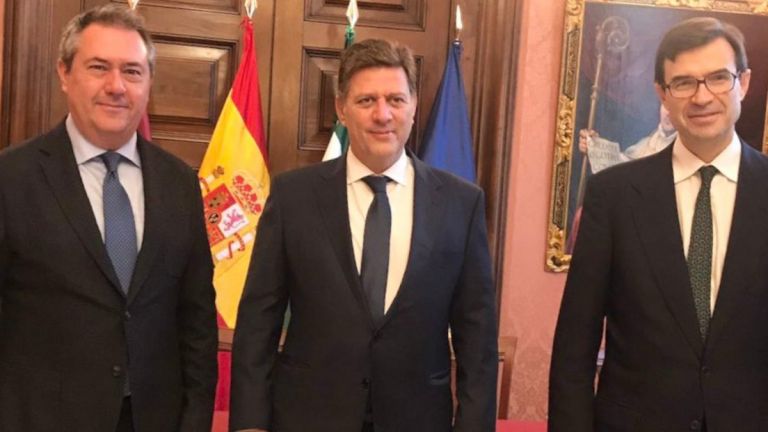 ‘Greece is a country that believes that in order to solve bilateral problems one must invoke international law, respect good neighbourly relations, and avoid provocative, unilateral actions…Greece did not view positively the coming together of the Spanish and Turkish side last week.’

It was the first bilateral ministerial-level meeting since the 17 December agreement was signed.

«Greece did not see in a positive way the approach between the Spanish & Turkish side. It is necessary for us to remind Turkey of the decisions of the European Council & to emphasize the need to respect international law,» Varvitsiotis said in a tweet.

“For us, it is necessary for our Turkish interlocutors to be reminded of the decisions of the European Council and to stress the need for respect for international in resolving bilateral differences, and to respect the decisions of the UN Security Council regarding Cyprus,” Varvitsiotis said after today’s meeting.

In a statement, Varvitsiotis said that he told Barba, “Greece is a country that believes that in order to solve bilateral problems one must invoke international law, respect good neighbourly relations, and naturally avoid provocative, unilateral actions.”

“This is not the case with Turkey…Greece did not view positively the coming together of the Spanish and Turkish side last week,” he said.

The day after the agreement, Greek government spokesman Yannis Economou lambasted Spain over its move.

Commenting on Sanchez’s talks with Erdogan in Ankara and an agreement for Turkey to purchase a large aircraft carrier from Spain, Economou at a press briefing made clear the intense annoyance of the Greek government.

He underlined that the Spanish government is acting outside of the framework of EU decisions on the Union’s relations with Turkey.

“We were apprised of the remarks [of Sanchez and Erdogan] and we shall be monitoring developments…It is self-evident that [EU] member-states are bound by the decisions of the European Council as regards Turkey’s delinquent behaviour and violations of international law,” Economou said.

“The socialist prime minister of Spain was obliged to take into consideration the decisions of the EU,” Economou said, noting that the leader of Spain’s main opposition party has expressed his disagreement with a further tightening of Spain’s relations with Ankara.

Though the Greek press reported that Albares would be coming to Athens to discuss the issue, no date has been announced in the last week.

Varvitsiotis said today that Greece and Spain share the same concerns about the future of Europe on issues such as migration, climate change, and EU enlargement.

He noted that the two countries have much to gain from an earnest, honourable, and constant relationship in the framework of the European Union and that, “We are determined to continue bilateral contacts so as to avert situations in the future that could disturb the good framework of bilateral relations.”