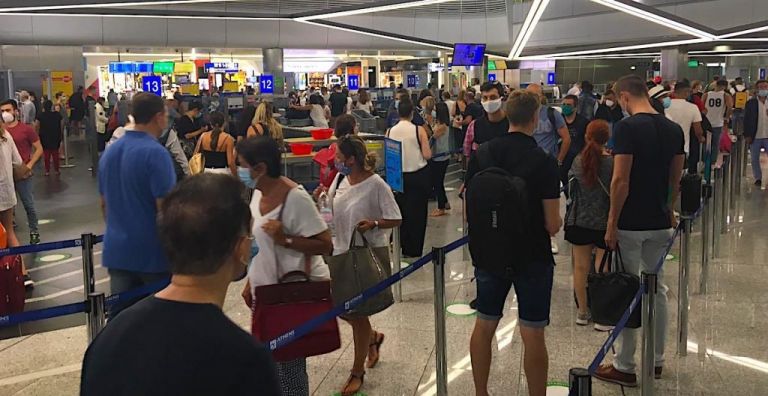 A committee of Greek infectious disease experts after an emergency meeting today has recommended a series of tough restrictions on travellers from countries of Southern Africa after the isolation of a new Covid variant that has been dubbed the “Botswana variant”.

The B.1.1.529 variant has 32 mutations in the spike protein and has raised intense concerns in the scientific community regarding whether some of them may evade immunity.

The first confirmed case in Europe was in Belgium.

The Committee has proposed that travellers from Southern African countries come to Greece exclusively for serious reasons and only with the express permission from a Greek Embassy.

Before their departure, travellers must have a negative COVID-19 PCR test, and a second negative PCR test upon their arrival in Greece.

Once in Greece, they must be quarantined for 10 days, during which time they must have a third negative PCR test.

The European Commission is bracing for even stricter in its approach as Commission President Ursula von der Leyen announced in a tweet this morning:

«The @EU_Commission will propose, in close coordination with Member States, to activate the emergency brake to stop air travel from the southern African region due to the variant of concern B.1.1.529.»