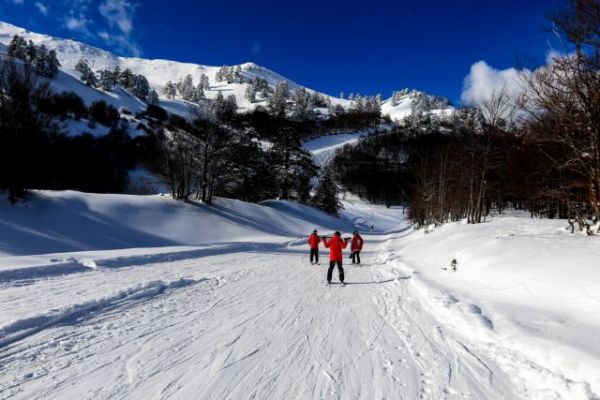 The Greek Tourism Minister stressed that we should now work hard in order to improve the infrastructure, to have a sustainable tourism model, and to create better jobs

The Minister of Tourism in Greece, Μr. Vassilis Kikilias, described 2022 as a crucial year for the Greek tourism.

The Minister of Tourism stressed that we should now work hard in order to improve the infrastructure, to have a sustainable tourism model, and to create better jobs.

He even announced in advance that, in 10 days, some winter tourism programs will be launched, with social criteria. These programs will aim at the strengthening of the Greek businesses.

He expressed his satisfaction for the extension of the tourism season, noting that “it is November and we still have tourists on the islands”.

In the first summer period, the country remained open for 5 months and, the last year, we remained open during the whole tourism season, following all the expected health protocols, he underlined.

Referring to the measures against the pandemic, announced by the Prime Minister, the Minister of Tourism said, speaking to the ANT1 channel, that what the Greek Prime Minister, Mr. Mitsotakis, said was very honest, that we will not go to a lockdown, we will implement all the necessary health measures, protecting the unvaccinated ones and advising the vaccinated ones.

He acknowledged the fatigue of the society, but stressed that we are moving towards the end of the pandemic, having as “weapons” the vaccines and the measures to comply with health rules. That is why it is necessary to send a clear message today on the promotion and the support of vaccinations.

He reiterated that the Greek government takes measures depending on the conditions, examining thoroughly each time the suggestions of the experts.

When asked about the change in the leadership of the Ministry of Health, Mr. Kikilias said that, during his tenure, he did whatever he could in order to strengthen the National Health System (with new ICU beds, recruitment of doctors, etc.)