Editorial: The duty of baby boomers 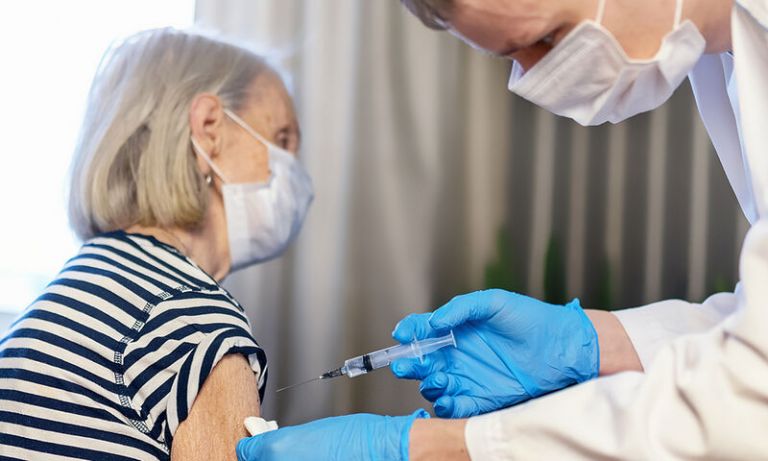 The stance of segments of the baby boomers’ generation is hard to explain and essentially irrational. Almost 40 percent of that generation insists upon remaining unvaccinated, as if they have suicidal ideations.

The epidemiological situation leaves no room for misinterpretation. The fourth wave of the COVID-19 pandemic is strong, the Delta variant has penetrated all Greek communities, and its transmission has become very rapid. It takes just one fissure in self-protection measures and a lag in vaccinations to create a new locus of super-spreading.

As pulmonary medicine specialist Nikos Tzanakis said publicly, the virus firstly harms younger generations, which have a low rate of vaccination, without creating major public health problems due mainly to the endurance of younger people.

It also easily penetrates communities of vaccinated people in productive age groups, due to their intense mobility, without excessively burdening the National Health System (NHS).

The biggest problem for the NHS however is the mass of unvaccinated people in the large group of citizens who are age 60 or over.

Most of the deaths and the increased number of intubations that are insufferably pressuring hospitals and totally exhausting doctors and healthcare workers – holding the country hostage to COVID-19 – derive mainly from this large age group, which often has underlying medical conditions, may be immunosuppressed, and is more vulnerable than all others.

When those over 60 remain unvaccinated, it is as if they are voluntarily going to the gates of hell.

With their stance, they are nearly committing suicide and they extend the duration and intensity of the public health crisis.

It is astonishing that the most favoured generation of the post-war world behaves in a totally anti-social manner.

This specific group of Sixty-Somethings belongs to the generation of the baby boomers – those born between 1946 and 1964 – and lived a life of nearly uninterrupted peace and almost continual prosperity.

They belong to a generation that saw its life incorporating and absorbing all the scientific achievements of the 20th century. It is a generation that experienced a situation of generalised social protection, an increase in income, and an explosion of consumerism.

Internationally, this generation is the wealthiest, the healthiest, and more active than all previous ones. It is the generation that achieved the greatest life expectancy in human history.

It goes without saying that the above achievements were made possible in part by the mass vaccinations of the post-war years, through which that generation was freed from a host of diseases.

Hence, the stance of segments of the baby boomers’ generation is hard to explain and essentially irrational. Almost 40 percent of that generation insists upon remaining unvaccinated, as if they have suicidal ideations. It is as if they are taking revenge on the good life that fate and history granted them. It is a unique paradox.

At this moment, this group of unvaccinated people are keeping the country bound, preventing it from transcending the public health crisis in order to take off socio-economically.

It is impeding the progress of the country with its sterile, unscientific, and absolutely irrational stance, and one must not harbour reservations about boldly handling it.

With all that in mind, compulsory vaccination for this age group is de facto necessary.

Prime Minister Kyriakos Mitsotakis need only follow the stand taken by French President Emmanuel Macron in the middle of an electoral campaign.

It is a national necessity for our country to be freed from the shackles of the public health crisis.

There is no room for any more compromises on issues of public health.