Mitsotakis to visit Moscow for talks with Putin, Mishustin in December 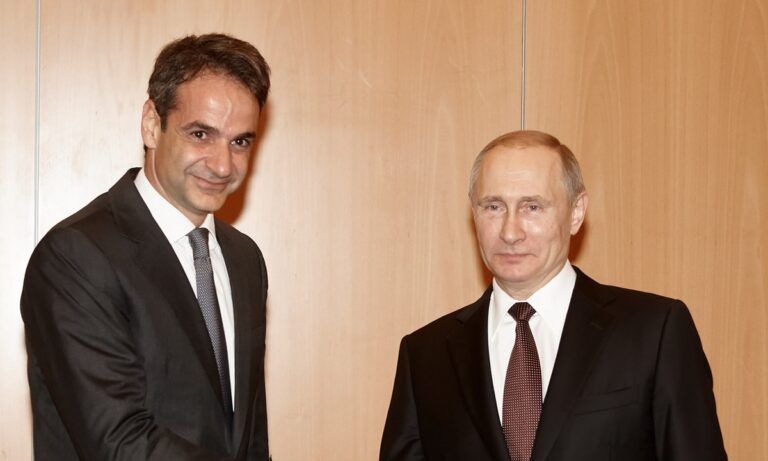 The PM’s talks with Vladimir Putin come at a time when tensions remain high in the Eastern Mediterranean, even as Turkey escalates its aggressive behaviour by openly disputing even Greece’s sovereignty in the Aegean.

Prime Minister Kyriakos Mitsotakis is scheduled to hold talks in Moscow with Russian President Vladimir Putin and Prime Minister Mikhail Mishustin in the first half of December, with the most likely date being 8 December.

The PM’s talks with Vladimir Putin come at a time when tensions remain high in the Eastern Mediterranean, even as Turkey escalates its aggressive behaviour by openly disputing even Greece’s sovereignty in the Aegean.

At the same time, Greece has upgraded its relations with Western allies, as evidenced in the recent Greece-France and US-Greece defence agreements.

Mikhail Mishustin had visited Athens on 25 March for the 200th anniversary of the start of the Greek War of Independence, in which Russia had played a critical role.

At the time, Mitsotakis had said that although Greece is a member of NATO, it looks to the role of Russia and its dedication to the implementation of international Law of the Sea in the Mediterranean, as well as its steadfast support of the Republic of Cyprus over the decades.

“Greece is a NATO member. However, we acknowledge the fact that Russia plays a role in European security that must be built on the basis of common values and respect for human rights,” Mitsotakis had said, alluding to the case of Alexei Navalny, and had noted that “contemporary and asymmetric threats” can be handled with a common stance of the EU and Russia.

During the Russian PM’s visit, Mitsotakis had underlined that the fact that Russia is a permanent member of the UN Security Council “places on you the duty of maintaining peace on a global level.”

“We always listen attentively to your positions, such as your dedication to the international law of the sea.”

Russian support on the Cyprus problem

The PM had also emphasised that, “We do not forget the support of the Russian Federation as regards the Cyprus problem, for a solution with the establishment of a bi-zonal, bi-communal federation, without occupation troops.”