Greece-France agreement – What it signals – The mutual defense assistance clause 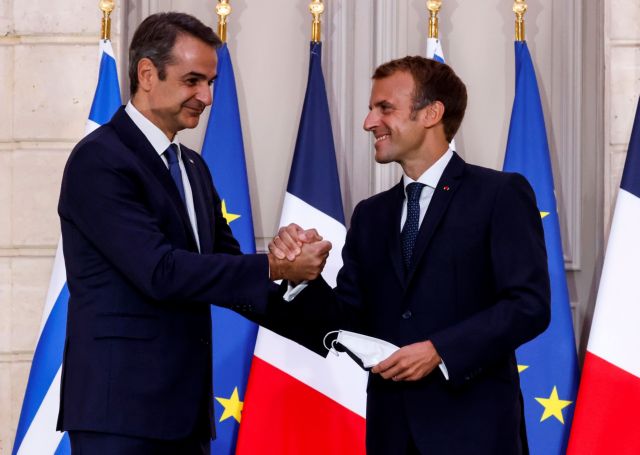 In this way, Greece is shielded against threats, especially in the Eastern Mediterranean.

New data is created by the “Strategic Partnership for Cooperation in Defense and Security” between Greece and France, signed by Mitsotakis – Macron, in Paris.

Among other things, it provides for the immediate military assistance of France to Greece and vice versa, in the event of an attack by a third country, even if that country is part of their alliances (such as Turkey, which is a member of NATO). ).

What does the agreement mean?

In particular, according to government sources:

1. The Agreement seals the close alliance developed by the two countries, upgrades Greece’s geopolitical footprint in Europe and the region, strengthens the country’s deterrent capabilities with the announcement of the acquisition of three new French frigates (details to be finalized in in the coming months).

2. The Agreement contains (Article 2) a mutual defense assistance clause in the event of an attack by one of the two countries on its territory. In this way, Greece is shielded against threats, especially in the Eastern Mediterranean. At the same time, Article 42 (7) of the Treaty on European Union on the mutual defense clause becomes substantial through the agreement.

3. With the agreement, Greece and France exceed the obligations towards each other within the framework of the European Union and NATO. At the same time, they are strengthening the European defense pillar and NATO, as they are two EU member states, but also allies in NATO.

4. The Agreement is accompanied by an announcement for the acquisition by the Greek Navy of three French frigates.

5. The Agreement provides for cooperation in defense and foreign policy. In this way, Greece will play a leading role, as previously announced by Kyriakos Mitsotakis from the TIF, as well as in his statements at the EUMED Summit, in the discussion on the need for strategic autonomy of the EU.

6. The Mediterranean opens roads. The Greek-French strategic partnership agreement is a first big step towards the strategic autonomy of the EU.

7. Already from his speech at the UN General Assembly, Kyriakos Mitsotakis spoke about the need to develop the necessary defense capabilities, so that Europe can respond immediately to challenges, in its wider neighborhood, such as the Mediterranean, the Middle East and the Sahel, where NATO will not be “present”.

8. The Agreement provides for regular consultations of the Ministers of Foreign Affairs and Defense of the two countries on security and defense issues, as well as on regional and international issues, hybrid threats, maritime security, migration.

According to the same sources, the armament against ships includes the most advanced “digital” Exocet MM40 Block 3c, with the ability to strike at long distances, while at the same time they have the ability to hit coastal targets. The equipment of our new “digital” frigates is complemented by state-of-the-art electronic systems, which are completed on the world-leading French Combat Information Center SETIS.