Greece’s first participation in the ministerial conference on Libya 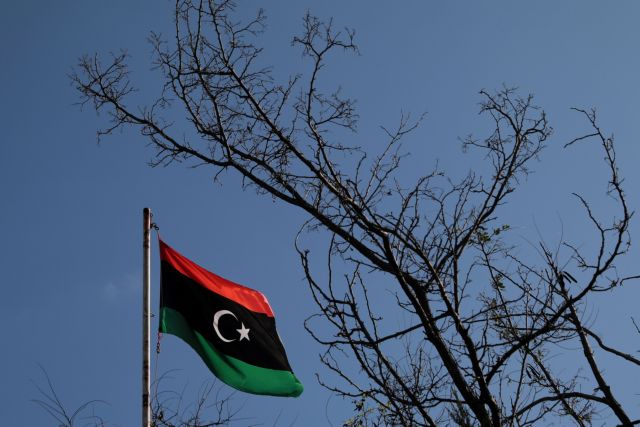 Diplomatic sources estimate that an important development that took place at the UN General Assembly is the fact that Germany accepted the participation of Greece as an observer country in the Ministerial Conference on Libya.

Nikos Dendias had the opportunity to inform his European counterparts about the latest episode of Turkish delinquency during the meeting of the Foreign Ministers of the European Union.

According to diplomatic sources, the Greek minister presented a map with the presence of Turkish warships, which are located just ten miles off the east coast of Crete, in order to visualize the magnitude of the challenge and the absurdity of Turkish behavior.

Interpreting this new escalation of Turkish delinquency, diplomatic sources estimated that Ankara considers that it has acquired a new political capital that allows it to move in this direction due to its role in Afghanistan.

They said, however, that this was a misconception and recalled that US President Joe Biden refused to grant President Recep Tayyip Erdogan a meeting at the UN General Assembly, while the US Secretary of State called for the removal of the Turkish troops.

Greece’s first participation in the conference on Libya

Nikos Dendias had the opportunity to thoroughly analyze the latest developments in Libya with his Algerian counterpart. Regarding the elections scheduled for next December, the Greek side clarified that it considers the total removal of foreign troops and mercenaries as a basic condition for holding fair elections.

In addition, diplomatic sources estimated that an important development that took place at the UN General Assembly is the fact that Germany accepted the participation of Greece as an observer country in the Ministerial Conference on Libya. This was taken as a positive step and it is estimated that our country will be able to participate more actively in these diplomatic processes in the near future.

The diplomatic opening to Africa

Diplomatic sources underlined the targeted nature of the minister’s contacts on the sidelines of the UN Secretary General, saying that they are part of a broader strategy framework for developing relations with countries with which Greece has not traditionally had close contact. In this light, meetings were held with a number of African states.

In addition to excellent relations with Egypt, Greece seeks to develop close contacts with Rwanda, which can serve as a gateway to Central Africa. As for Egypt, the sources assessed that there is no tangible progress in the alleged diplomatic approach of Ankara with Cairo.

Diplomatic sources described as myopic the approach that wants Africa to be a remote region that is not directly related to issues concerning Greece. As they noted, the situation in the Sahel has a great impact on security issues but also on the management of migration flows. In this light, they pointed out that a diplomatic presence is needed in order for a country to have a say and be a participant in shaping developments.

Greece’s candidacy for a seat on the UN Security Council

Greece is seeking to run for a seat on the UN Security Council and in this light is trying to make new diplomatic openings and cultivate relations beyond the traditional network of workshops it has developed in the Balkans, the Eastern Mediterranean and the Middle East.