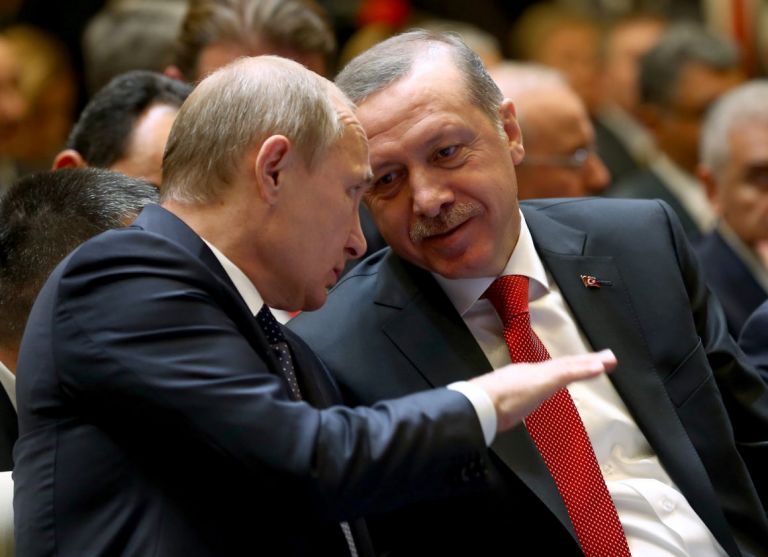 ‘Ι have been ruling for 19 years. I collaborated with Bush’s son, with Mr. Obama, and with Mr. Trump, but I cannot say that we got off to a good start with Mr. Biden.’

Turkish President Recep Tayyip Erdogan lashed out at the US after failing to secure a meeting with US President Joe Biden on the sidelines of the 76th UN General Assembly.

Biden has made no secret of his consternation with Erdogan on a range of issues from his purchase of the S-400 Russian missile systems in defiance of the US to Ankara’s role in Libya, and its hostile and expansionary policy in the Eastern Mediterranean.

Speaking on his return journey to Turkey from New York, where he failed to make any headway in repairing his tumultuous relations with the US government, Erdogan painted a grim picture of US-Turkey relations and clearly suggested that if an understanding is not reached, he will turn to Russia and pursue even closer strategic relations with Vladimir Putin.

“I cannot in all honesty say that there is a healthy process in US-Turkey relations. Why? Look, we bought the F-35 fighter jets [from the US], paid 1.4 trillion dollars, and the F-35s were not delivered to us. The US must first take care of this. Using the S-400s as a pretext for not giving us the F-35s does not display a good level of diplomacy or of bilateral relations. The US must correct this,” he declared.

Even before Biden’s election, Congress and the American military and foreign policy establishment were up in arms over the S-400s deal. Removing Ankara from the F-35 manufacturing process was one, but by no means the strong indication of Washington’s anger.

Nor does the US accept Erdogan’s self-appointed role as policeman and neighbourhood bully in the Mediterranean, and that became much clearer during the Biden administration.

“Certainly, we shall do whatever must be done according to international law…It is not possible for us to be subjected to their pressure constantly over the S-400s. For us, the S-400s issue is over. There is no possibility of backing off here. The US must put this in its proper perspective, both as regards international diplomacy and our relations,” Erdogan said.

In his remarks, Erdogan left open the possibility of Ankara procuring fifth-generation fighters from another country if the dispute over the F-35s is not resolved.

“They [the US] must also understand that the old Turkey no longer exists. In the arms industry, we are pressing forward and will continue to do so. Tomorrow they [Washington] cannot ask us why did you not get the F-35s? We we will say if you do not give we cannot take,” Erdogan said.

“That is what I said in my interview with CBS when they asked, “Are you thinking of buying elsewhere?” I told them, “If necessary we will buy elsewhere.”

“You are not giving us the Patriot [missiles] and then when we get S-400s you ask, ‘Why did you buy S-400s?’ Turkey will buy whatever is necessary for its defence,” said Erdogan.

“I hope that as NATO members we shall not behave with hostility, but rather in a friendly manner. Yet our [current] course does not presage good developments.”

“Unfortunately, the level of our relations with the US is not good. Ι have been ruling for 19 years and I can say that. I collaborated with Bush’s son [George W. Bush], with Mr. Obama, and with Mr. Trump, but I cannot say that we got off to a good start with Mr. Biden,” Erdogan said.

In contradistinction, Ergodan extolled the level of Ankara’s relations with Moscow and said he expects ties with Vladimir Putin to become even closer.