Hatzidakis to OT.gr – In two months we will issue 30,000 pensions per month 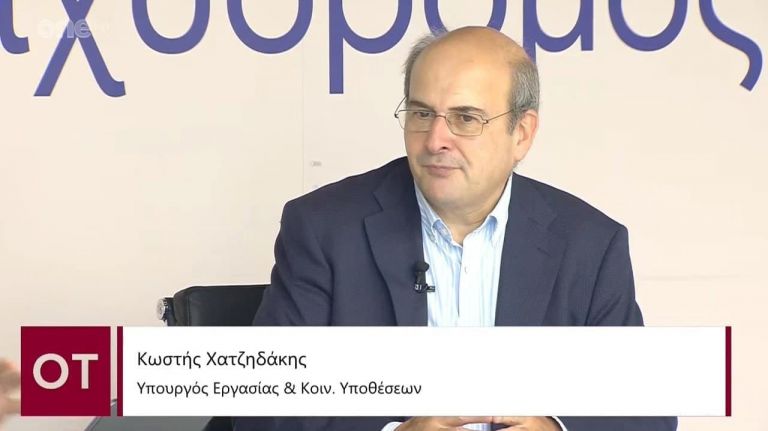 Payment of pensions, including retroactive ones, and service to the citizen are the issues that social security organization EFKA seeks to address as a matter of priority, according to what the Minister of Labor and Social Affairs, Kostis Hatzidakis, said speaking at the stand of OT.gr at the Thessaloniki International fair

According to the minister, the outstanding pensions have been reduced to 130,000 – from 190,000 in 2019 – and the goal of the political leadership of the Ministry of Labor is to be significantly reduced in the coming months, while he noted that “our goal is to reach 30,000 a month. ”

In relation to retrospective pensions, Kostis Hatzidakis noted that “the issue has been closed except for a few cases for those who retired after 2016 and the rest will be finalized at the end of October.”

He also said that the recalculation has been closed for those who retired before 2016. “1.8 million pensions from before 2016 were recalculated .  Of those 950,000 concerned those with under 30 years of work . That leaves those with more than 30 years of work. Of the 650,000-700,000 pensions that have been technically finished, it turns out that 130,000-150,000 insured will receive sums retroactively based on laws and court decisions. In other words, the retrospective pensions that are on the front pages every day finally concern 8% of the retirees,” said the minister.