Mikis Theodorakis remains to lie in state for three days 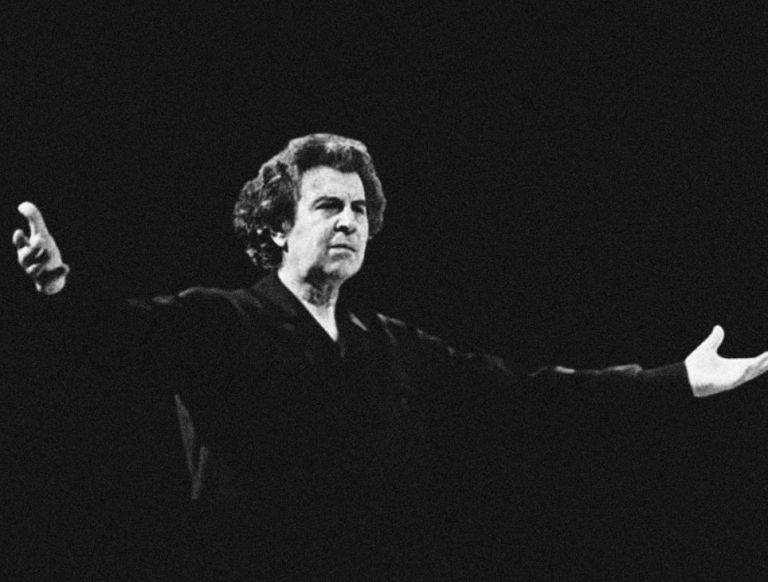 According to an announcement by his family, the body of the great creator will be exhibited in a three-day popular pilgrimage to the Diocese of Athens from next Tuesday to Thursday

The remains of Mikis Theodorakis will be lie in state during a three-day popular pilgrimage in the Cathedral of Athens, from next Tuesday until Thursday.

According to information at the popular pilgrimage, all the necessary health safety measures will be observed.

So far, however, the place where the leading Greek composer will be buried has not been announced.

However, he had expressed the desire to be buried in Galatas, Chania, where the graves of his parents and his beloved brother are located.

At 15:00 p.m. The procession will take place in the HOLY METROPOLIS OF ATHENS

The Prime Minister Kyriakos Mitsotakis declared three days of national mourning for the loss of the great creator, noting that “we had forgotten that he was mortal”.

Mikis Theodorakis had expressed as his last wish to be interred in his birthplace, Crete.

He had expressed this wish through a letter he had confided to the General Secretary of the communist party of Greece KKE, Dimitris Koutsoumbas, through which he had told him: “I want to leave this world as a communist.”

The body of Mikis Theodorakis was taken from his house shortly after 1 pm on Thursday. In addition to his family and friends, there were several artists, including George Dalaras, Mariza Koch and Vassilis Lekkas, who applauded, shouting “immortal”.

Mikis Theodorakis: “I want to leave this world as a communist”

On October 5, 2020, Mikis Theodorakis had sent a personal letter to the general secretary of the KKE, Dimitris Koutsoumbas. In it he stated that he spent the best years of his life under the flag of the KKE. “I want to leave this world as a communist,” he wrote.

Now, at the end of my life, at the time of settling accounts, the details disappear from my mind and the “Big Things” remain. This is how I see that I spent my most critical, strong and mature years under the banner of the KKE. That is why I want to leave this world as a communist.

To respect not only my ideology but also my struggles for the unity of the Greeks. As well as of course everything that I have already arranged, in consultation with my secretary Rena Parmenidou and the friend and President of the Pancretan Association of Friends of Mikis Theodorakis, George Agorastakis “, wrote Mikis in his letter.