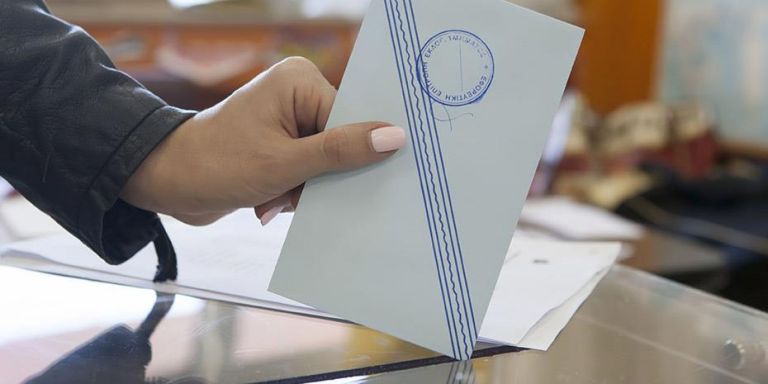 For the first time, “cracks” appear in the dynamics of the government, which reach 2%.

New Democracy records losses in the first poll after the fires, although it maintains a comfortable, double-digit lead over SYRIZA, according to the GPO poll for the newspaper “TA NEA”.

The fires and the coordination issues that arose during their extinguishing, “hurt” the government, as “cracks” appear in its dynamics,  for the first time, which reach 2%. At the same time, however, the official opposition and the other parties do not show benefits, on the contrary, they remain stagnant in their percentages.

According to the poll, in terms of the intention to vote, the ruling party, falls by 2 points: New Democracy has 34.5% against 24.4% of SYRIZA and the difference between the two parties is 10.1 percentage points. In the corresponding poll in June, the two parties accounted for 36.5% and 24.1% respectively.

At the same time, the Movement for Change shows a decline as it gathers 6.4% compared to 6.7% it gathered in June. They are followed by KKE with 6%, Hellenic Solution with 4.1% and MERA25 with 3%.

According to the poll, 76.5% of the participants in the survey believe that the state mechanism could have controlled the spread of the fires more effectively, while the Prime Minister, who is responsible for 58.2%, is also in charge. % for failures in the coordination work.

The management of the fires also seems to be launching political developments for the citizens, as a total of 49.4% (yes and probably yes) urge the Prime Minister to proceed immediately with a government reshuffle, compared to 35.9% who do not foresee any changes in the government. shape.

At the same time, responsibilities are attributed to the competent ministers and officials, with 54.7% requesting the removal of Mr. Chrysochoidis, 42.8% of Mr. Hardalias and 48.9% of the head of the Fire Brigade.

The fact that the first measures announced for the relief of the fire victims are considered satisfactory by 59.4% of the total is positive for the government, while the position of Stavros Benos as chairman of the reconstruction committee of Northern Evia is also welcomed.

The most reassuring element for the government, an element of the poll for the government is the fact that both the attitude and the positions of SYRIZA and KINAL on the issue of fires are not widely accepted and are at best treated with skepticism by the citizens.

Fatigue from the pandemic

In addition, according to the poll, the citizens show a clear fatigue from the pandemic with 54.9% judging the management of the situation negatively in the period we are in now, while 91.4% believe that the cases are expected to increase in the autumn.

Mitsotakis still “king of the hill”

The most popular political leader is Kyriakos Mitsotakis who gathers 49.8% positive opinions against 31.6% of Alexis Tsipras, 27.8% of Dimitris Koutsoumbas, 25.7% of Fofi Gennimata, 16.1% of Yanis Varoufakis and 11, 8% of Kyriakos Velopoulos.