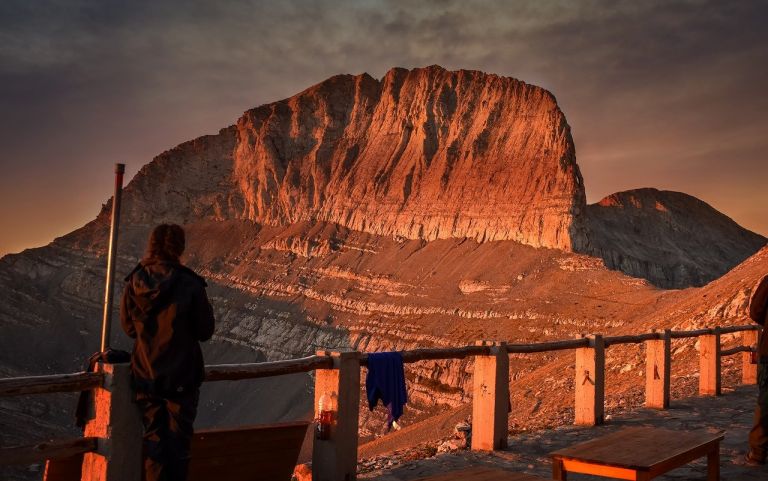 Maximos Harakopoulos, after the noise caused by the forthcoming issuance of a ministerial decision that introduces a 6 euro entrance fee to the Olympus National Park, collaborated with the competent Deputy Minister, who described as premature any discussion on the proposal of the Organization for Natural Environment and Climate Change ), which suggests the introduction of a ticket to Olympus

The discussion about the introduction of a ticket for the visit to the Olympus National Park is completely untimely, as is the case with protected areas in Europe, but also in our country in the gorge of Samaria, while in no case can it be of the order of 6 euros.

Priority is the completion of the Presidential Decree

On the contrary, what is a priority of the government is the completion of the Presidential Decree for the Olympus National Park, which is in the Council of State, but also the submission of a dossier for the inclusion of the greater Olympus area in the List of World Cultural Heritage Monuments UNESCO.

The above emerged from the briefing given by the chairman of the Standing Committee on Public Administration, Public Order and Justice of the Parliament, Larissa MP of the New Democracy party, Maximos Harakopoulos from the Deputy Minister of Environment and Energy, Giorgos Amyras.

The imposition of a fee should not concern the permanent residents

The politician from Thessaly, after the noise caused by the information about the forthcoming issuance of a Ministerial Decision that introduces a 6 euro entrance fee to the Olympus National Park, collaborated with the competent deputy minister, who clarified that any discussion on the proposal of the Organization for Nature, the Environment and Climate Change (OFYPEKA), which suggested the introduction of a ticket to Olympus is premature.

Maximos Harakopoulos noted that in any case it should be made clear that the goal is to provide better services to visitors to the National Park and that any fee will not apply to permanent residents, while for visitors will be many times what saw the light of day. .

Mr. Amyras presented to Maximos Harakopoulos the steps that have been taken in a systematic way in collaboration with the Ministries of Culture and Environment as well as the Organization of Natural Environment and Climate Change (OFYPEKA) for the preparation of the candidacy file of the wider region of Olympus in the List of UNESCO World Heritage Sites.

The dossier, prepared in accordance with the UNESCO Operational Guidelines, is estimated to be submitted in September 2022, with the response expected in January 2023. Olympus’ candidacy had been “submitted” to the UNESCO commission since 2014 but never the file has been completed so that it can be judged. That is why Olympus is on the index list of monuments of the country, as a mixture of surplus value of natural wealth and intangible heritage.

At the same time, for the first time, a Presidential Decree defines the land uses in Olympus and the area around it, an area of ​​a total of 36,600 hectares, protecting the national park. National park is defined as the land and water area of ​​Olympus located in the out-of-plan and out-of-bounds settlements before 1923 and under the 2,000 inhabitants of the municipalities:

a) Dion Olympus of the Prefecture of Pieria

b) Elassona of the Prefecture of Larissa

c) Katerini of the Prefecture of Pieria

While at the same time, within the National Park, the Regional Zone that includes the Municipality of Elassona is delimited.

This Presidential Decree defines the land uses, as well as the protection, conservation and management of nature, the landscape as a natural and cultural heritage and valuable natural resource in land and water parts of the Olympus area, which are distinguished for the great biological, ecological , their historical, aesthetic, scientific, geomorphological and pedagogical value.

As the Deputy Minister of Environment characteristically noted, “the highest mountain in Greece, with an altitude of 2,918 at its top, Mytikas, which is known worldwide as the mountain of the Gods, will receive the recognition it deserves while the brand name, Olympus will add value to our country internationally “.