“It is sad that in such a tragedy the prime minister seeks to cover up and transfer responsibilities”, said the president of SYRIZA 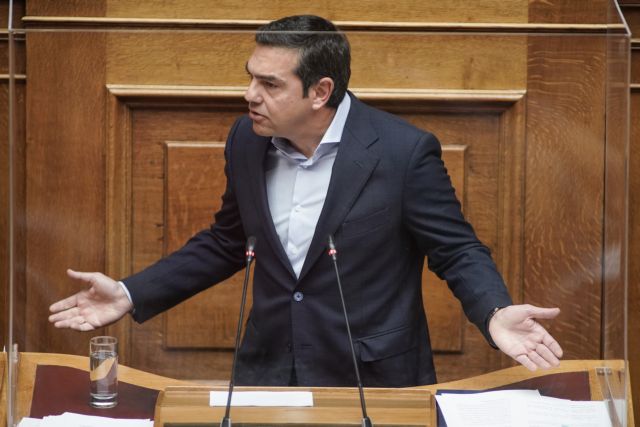 SYRIZA party chief, Alexis Tsipras, characterized the speech of Kyriakos Mitsotakis in the Parliament, in the context of the discussion on the management of the fires as provocative, harshly criticizing the prime minister and the government.

“His attitude shows that he has not understood anything,” Mr Tsipras said. According to him, “it is sad that the prime minister is seeking cover and the transfer of responsibilities in such a tragedy.”

As he stressed, Mr. Mitsotakis took back the “false apology” he told the Greek people during the time of the catastrophic fires.

Mr. Tsipras described the destruction caused by the fires as unthinkable, referring to the more than 1.3 million acres that were reduced to ashes.

“An unprecedented tragedy that we may not have realized the consequences of,” he said, calling on everyone to “look at the responsibilities and the causes.” “Without this, our political system will prepare for the next tragedy.”

In this context, the president of SYRIZA referred to the fire in Mati and the management of the situation by his government, claiming that “we, with responsibility towards the country, took political responsibility and tried to propose solutions for the next day.”

“We have set up the Goldammer Commission. In April 2019, it was presented to the Parliament and we launched a series of interventions. But you buried it deep in your drawers,” he added.

In fact, tones rose with Alexis Tsipras calling on Kyriakos Mitsotakis to let go of “arrogance”. “You are not coming here as an accuser, but as an apologist for the greatest catastrophes of recent years,” he told the prime minister.

At this point he wondered “what did you do, Mr. Mitsotakis. What did you do about the ongoing interventions that we had proceeded with? You stopped the preventions, you canceled the forest maps, you did not implement the joint decision of cooperation in the firefighting “.

As he characteristically said: “You have promoted a former mayor to the position of Deputy Minister in Civil Protection. At the same time, however, you retained executives who had responsibilities for managing older fires. You told us to fire them and you came and upgraded them.”

In this context, Mr. Tsipras described the government’s policy as simplistic and short-sighted.

“You are not to blame for the climate crisis. Political choices are, and the responsibility for these policies lies with you personally, Mr. Mitsotakis,” he added.

In fact, he claimed that the prime minister is not able to mettle the responsibility to his subordinates. “You are not able to recognize it [ie responsibility]. Why did you apologize? Do you understand your mistakes? ” he wondered, noting that not a single government official dared to go to Evia.